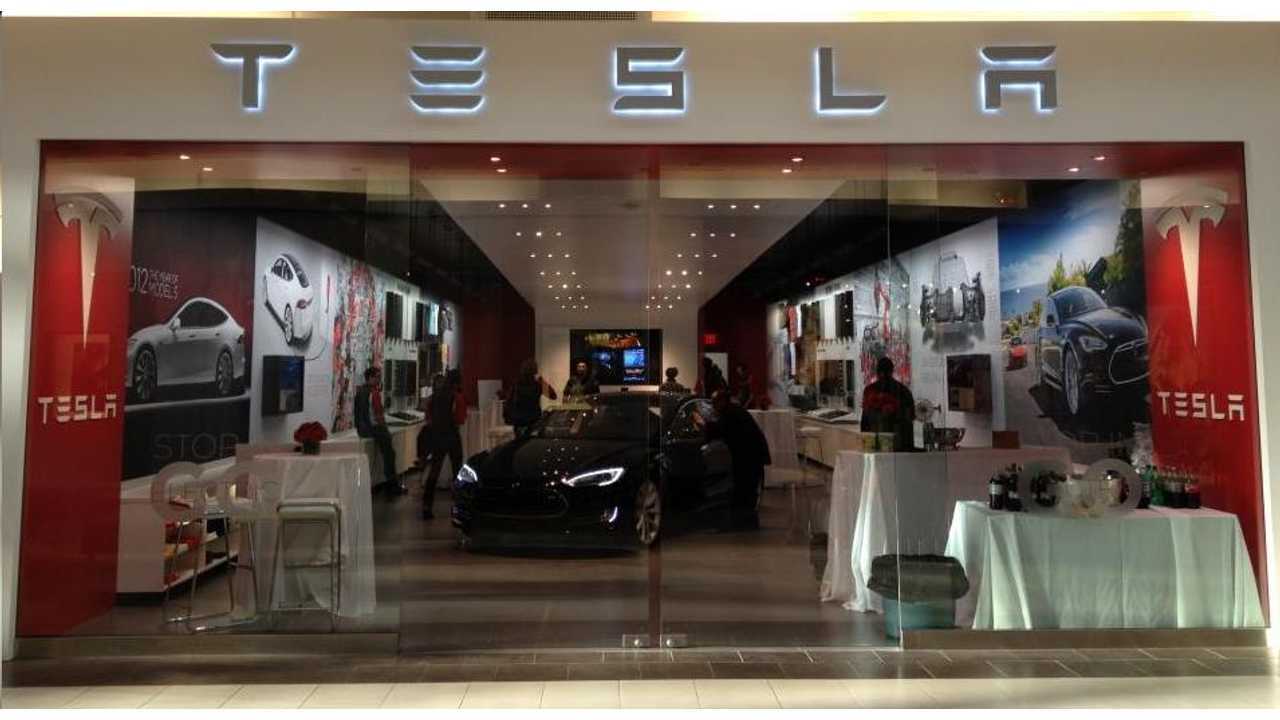 After previously winning a legal battle to open its boutique in Natick, Massachusetts, Tesla got rewarded with two new lawsuits attempting to force the company to franchise dealers.

Those lawsuits where then followed by a request by the NADA (National Automotive Dealers Association) to have a little meeting with the company to put a little strong-arm pressure on Tesla to stop selling direct to consumers on the internet via these boutique outlets in highly visible areas.

Now, Tesla has won another round in the fight.

And what would this injunction involve?

To stop Tesla from providing "anything other than an unstaffed display of a locked automobile."

This would effectively neutralize Tesla's advantage by making it nothing more than a common mall display, one like you could see inside any mall in the US.

There was one little snafu with the litigation of course; to get an injunction plaintiffs must show they are likely to prevail in the case and will otherwise suffer irreparable harm.

Considering Tesla just put a beat-down on MSADA in September, the result of the injunction request seemed predictable.  And indeed, a Massachusetts judge "denied the request by dealers for a preliminary injunction against Tesla Motors Inc., " which means Tesla is free to operate its store, as it does now as the lawsuit proceeds...provided the dealer association still wants to take another run at them.

"Dropping the lawsuit is not an option at this point," said Robert O'Koniewski, executive vice president of the Massachusetts association, "We feel very strongly that Tesla is operating a factory store outside parameters of our franchise law and our license law, and they are operating that store illegally."  He also added the group is considering an appeal.

In an email to the Automotive News, Shanna Hendriks, a Tesla spokeswoman, said the court made the right decision.

"Tesla looks forward to continuing to focus on advancing the knowledge of EVs in a convenient, accessible environment," she wrote. "We remain hopeful for a positive outcome of this case."