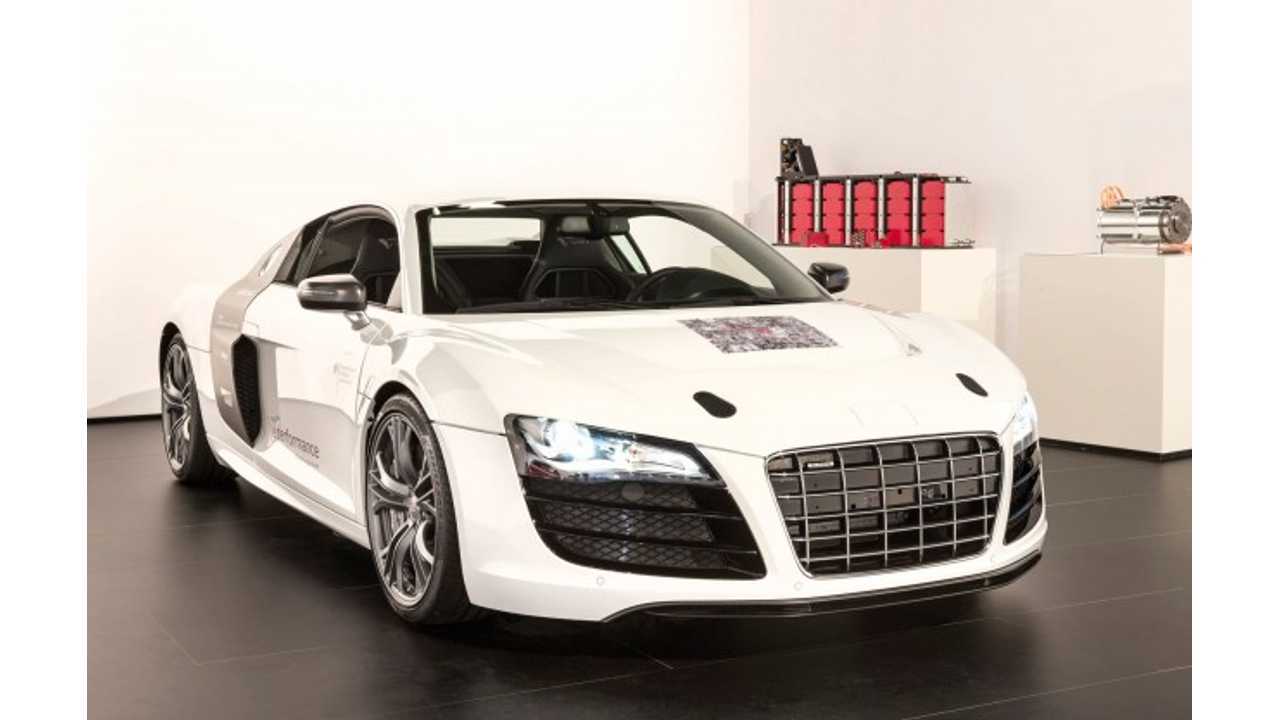 The Audi e performance research project has closed, and after 3 years of development and €36 million in funding (€23 million of which from the German Federal Ministry for Education and Research), the end result is the Audi F12.

Apparently More Than One Person Worked On Producing The Audi F12

At first glance the F12 could easily be confused with your standard Audi R8 super car, or even the upcoming production e-tron, however it is much different.

Audi collaborated with Bosch and several institutes at the RWTH Aachen University to develop a new technology platform that the company says is a "major advance for electric mobility."

The main concept is simple.  A fully electric, high performance vehicle that can also have the efficiency of a standard entry level plug-in, like the Nissan LEAF, or Chevrolet Volt (when in electric mode).

In order to accomplish this, Audi engineers have designed a variable 3 motor system.  The first motor is connected to the front axle, and is rated at 50 kW (68hp), with 133 lb-ft of torque.  This front motor is always engaged and is functioning independently of the other two when the car is not required to do anything "super," such as driving around the city.

When aggressive performance (or highway driving), requires more power than the Audi's single motor can offer, two more identical 50 kW (68hp) performance-optimized asynchronous motors at the rear of the sports car activate, giving the F12 a total power output of 150 kW (204 hp) and 406 lb-ft of torque.

“From the very beginning, our initiative was the largest interdisciplinary research project in Germany for electric cars,” concludes Christian Allmann, one of the project managers. “Everyone who was involved gained competence and provided valuable qualification among themselves according to the ‘open innovation’ principle, including for the employees at the companies and universities.”

Specifications on the F12:

Curiously absent from the press release was the actual range the Audi F12 achieved, or the acceleration performance of the super car on the road. Which seems like the point of the whole thing.

But hey!  Another electric super car you will never own to look at!