The Best EV Charging Station: Grizzl-E Vs ChargePoint Vs JuiceNet 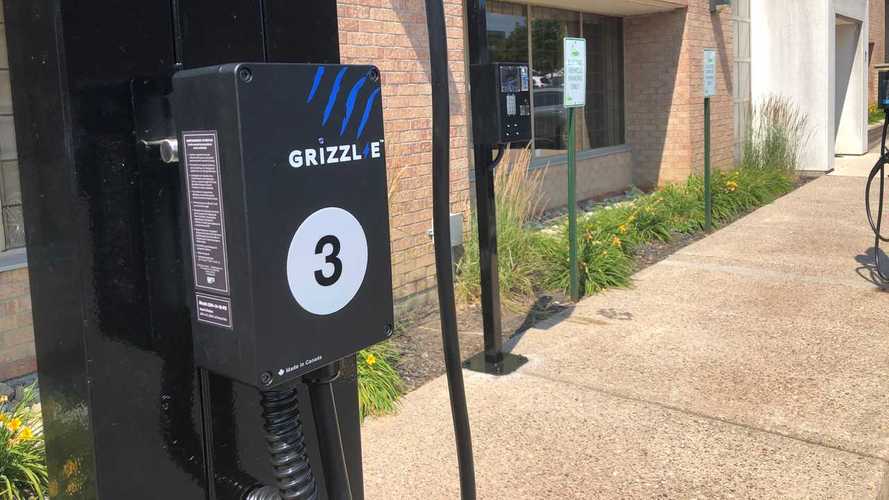 Which brand of commercial EV charging station costs the least to own and operate? We check the numbers.

When we wrote about the new Grizzl-E Power Control and Payment Solution recently, many were skeptical such a system could ever turn a profit, let alone as quickly as Grizzl-E claims. The skepticism is warranted; commercial charging systems as we know them today do not make money. Businesses buy and operate them at a loss as an benefit for their customers, but are unlikely ever to recoup the cost of the hardware and ongoing fees they’re charged.

How are we going to electrify our entire fleet with that approach? Millions of commercial chargers will not be built without a financial incentive to do so. Grizzl-E’s solution is the first one to disrupt the existing paradigm and offer an actual return on investment. So let’s let the numbers tell the story and compare the costs of running a Grizzl-E commercial charging system versus similar systems from ChargePoint and JuiceNet.

It’s clear to see the initial cost of a Grizzl-E commercial charging system is significantly less than one from ChargePoint or JuiceNet. The reason why is Grizzl-E’s unique Power Control and Payment Hub (PCPH).

The Grizzl-E system consists of individual chargers, which cost $499 apiece, and the PCPH, which costs $2,000. The PCPH is a single smart control device that manages up to 42 individual chargers and does things like control power flow, accept payments, print receipts, and stores the system's data.

There are at least two types of ongoing costs you pay when running a commercial EV charging station. The first are costs that would be the same no matter which company’s system you choose – things like the cost of electricity and, if applicable, the cost of internet via WiFi or cellular. The second are fees charged by the company that sold you the charging system.

These latter fees are what can drastically increase the cost of one company’s system versus another. For instance, ChargePoint requires every individual charging station you buy to have a network service plan for 1, 2, 3, 4, or 5 years that’s billed to you monthly. You also need to pay an ongoing fee for ChargePoint Assure, another maintenance and management program on top of the service plan. Also, ChargePoint requires your system installation be validated by the company before you can begin operations. You can use one of the company's approved installers that'll verify the system after they install it, or you can use your own electrician, after which ChargePoint will come out to verify the installation itself.

Grizzl-E has zero fees. Aside from the cost of electricity and connecting to the internet, a Grizzl-E system will incur no ongoing costs.

JuiceNet isn’t quite as bad as ChargePoint in this regard. It only charges one fee: $60 per year for JuiceNet software that gives you cloud-based charging system control features and reporting. Unfortunately, that’s $60 per charger per year. For a charging station with 30 individual chargers, that adds up to another $1,800 per year in fees paid to JuiceNet.

Grizzl-E has zero fees. Aside from the cost of electricity and connecting to the internet, a Grizzl-E system will incur no ongoing costs. The company has chosen a business model that doesn’t charge customers monthly fees for features that should only be paid for once and come standard with the cost of the hardware. You still get all those great features like access to reporting, energy management, user authorization, and more – they’re all built into the central PCPH module – you’re just not charged a monthly fee to access them.

And as for service, Grizzl-E provides a standard three-year warranty on all of its systems. Like the features mentioned above, the warranty comes with the cost of the hardware for no extra charge.

A revolution in the commercial charging industry is coming, and it’s being led by Grizzl-E. The first generation of commercial chargers has been so expensive to buy and operate that, on a national scale, very few are built. That’s because business owners and investors know up front they’ll lose money installing a commercial EV charging station. Grizzl-E, though, is blowing up that model by charging reasonable prices for its hardware and not gouging its customers with never-ending monthly fees.

And Grizzl-E’s not done. In the months ahead the company will be unveiling more products and new features for its existing products. Stay tuned!