Tesla has noted that it will soon deliver its first production electric Semi trucks, and now we know a bit more about them.

A recent article published by Teslarati notes that Tesla's 2023 VIN Decoder may further substantiate CEO Elon Musk's claims that the fully electric hauler is set to come to market soon. Whether or not the VIN Decoder has any impact on when deliveries will start is beside the point, but it may be interesting to some folks to check out how the VINs work along with the new details they may reveal.

Much like the Tesla Cybertruck, the Semi has been delayed. However, relatively recently, Elon Musk said that the "super fun to drive" Class 8 electric truck is heading to production. According to the CEO, the Tesla Semi has 500 miles of range and the first copy will be delivered to PepsiCo on December 1, 2022.

Tesla's 2022 model year VIN Decoder includes new information about the Tesla Semi. It's provided by the National Highway Traffic Safety Administration (NHTSA), and available by following the link to the official PDF below.

We will tell you that a quick glance might leave you confused since Tesla's Models S, X, 3, and Y are listed together on the second page (the first page explains how to decode the VINs). It doesn't appear the Semi is listed until you scroll down and realize that it has its own separate page.

Tesla's Semi has a 17-digit VIN that begins with "7G2." The brand's current models also have VINs that begin with three characters, though they're a number followed by two letters, whereas the Semi is a number, a letter, and another number.

At any rate, according to the official VIN Decoder, decoding the Tesla Semi VIN and Tesla's other VINs works follows: 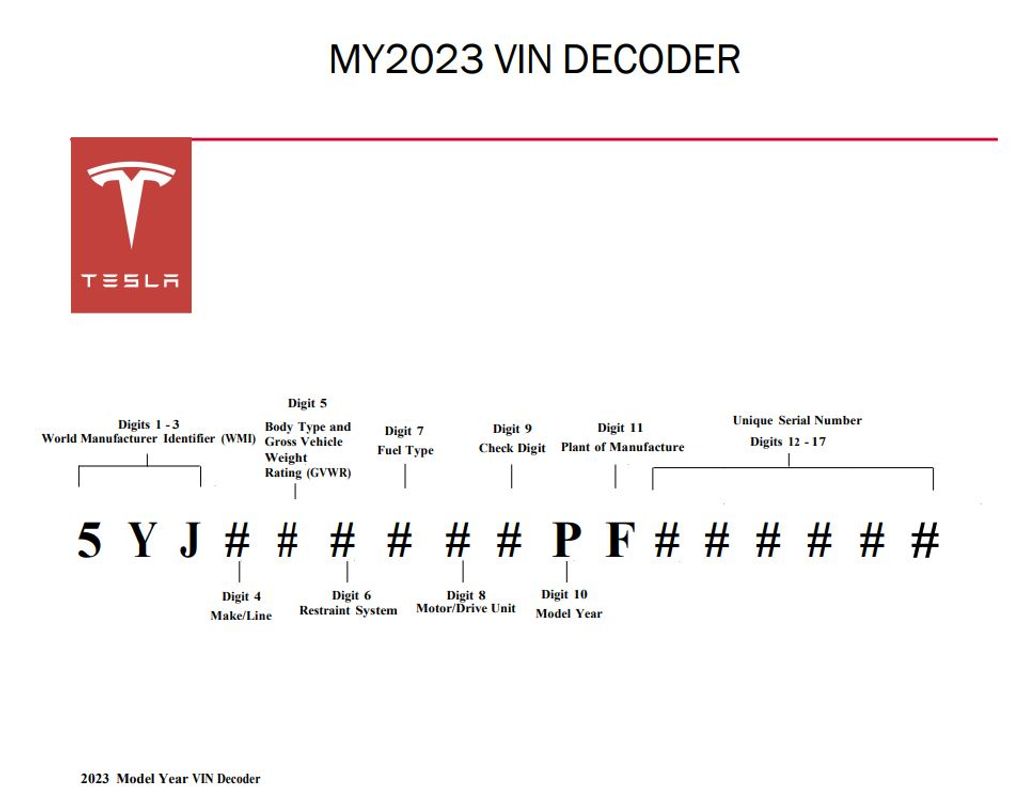 Based on details gleaned by our friends at Teslarati, the 5th character, "B", reveals that the vehicle is a Day Cab. The publication suggests that perhaps Tesla is planning to offer a Semi with a sleeper cabin down the road. The "B" listed in the 8th position specifies that the Semi has a dual-drive rear axle and air brakes.

It's also important to note that this information confirms the Semi is currently being manufactured in Reno, Nevada. Tesla has said it will eventually produce the truck at its newest Gigafactory in Austin, Texas.