Last year, several states exceeded a 7% share for new plug-in car registrations, but the overall share out of the total fleet remains low.

Plug-in electric car sales quickly increase globally and in the US, but the adoption rate varies significantly between particular states.

The Department of Energy’s (DOE) Vehicle Technologies Office recently released interesting maps of the plug-in electric car share in the US in 2021 and the overall share out of the entire vehicle fleet on the roads (as of the end of the year). The presentation is based on car registration data sourced from Experian Automotive and analyzed by Argonne National Laboratory.

Let's start with the results in 2021. As it turns out, the average share for plug-in electric vehicles out of the total new light-duty vehicle registrations is usually several percent.

As we can see below, the plug-in car adoption is unevenly distributed. We can see California, which in 2021 had a 12.5% share, and a few other areas above 7% (the District of Columbia, Hawaii, Washington, and Oregon), while in other areas it's just a few percent or even less than 1%. The worst result was 0.62%.

According to Veloz’s stats and the California Energy Commission, in Q1 2022, plug-ins exceeded 16% share in California, which indicates a positive trend. 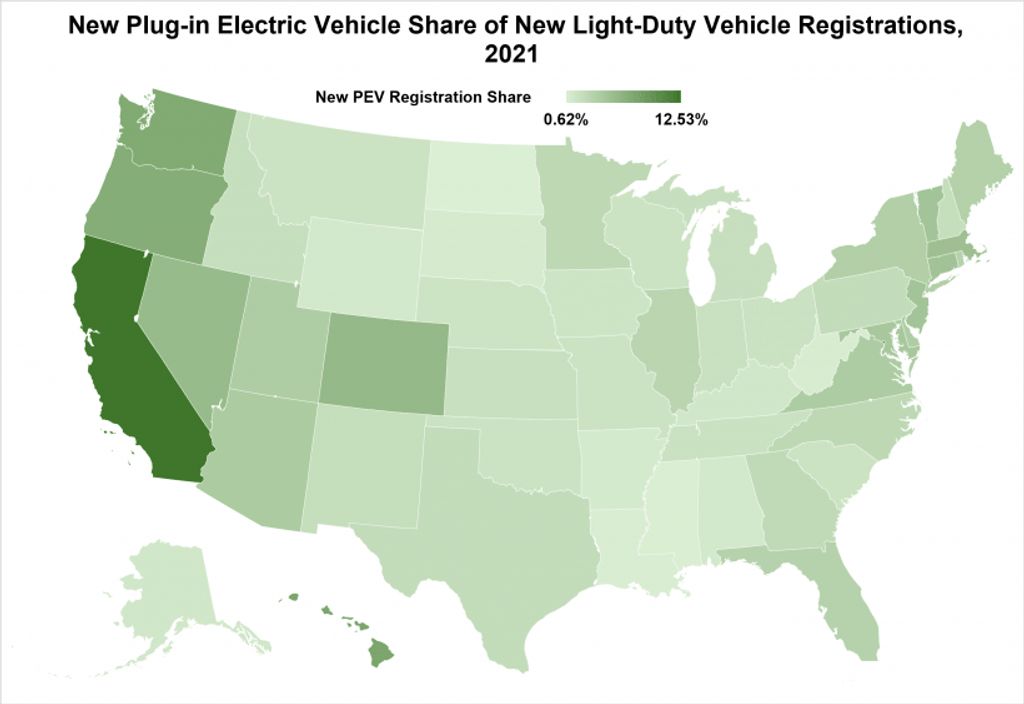 If we would consider the entire fleet of light-duty vehicles on the roads (new and existing registrations) things are harder to change.

As of the end of 2021, in California over 2.5% of the vehicle fleet had been replaced with plug-in electric cars. In a small number of other states, it might be roughly 1%.

It's a clear indication that it might require decades to switch entirely to plug-in electric cars. Nonetheless, let's hope it's possible before 2040, as many automakers would like to end or limit internal combustion engine vehicle sales by 2030). 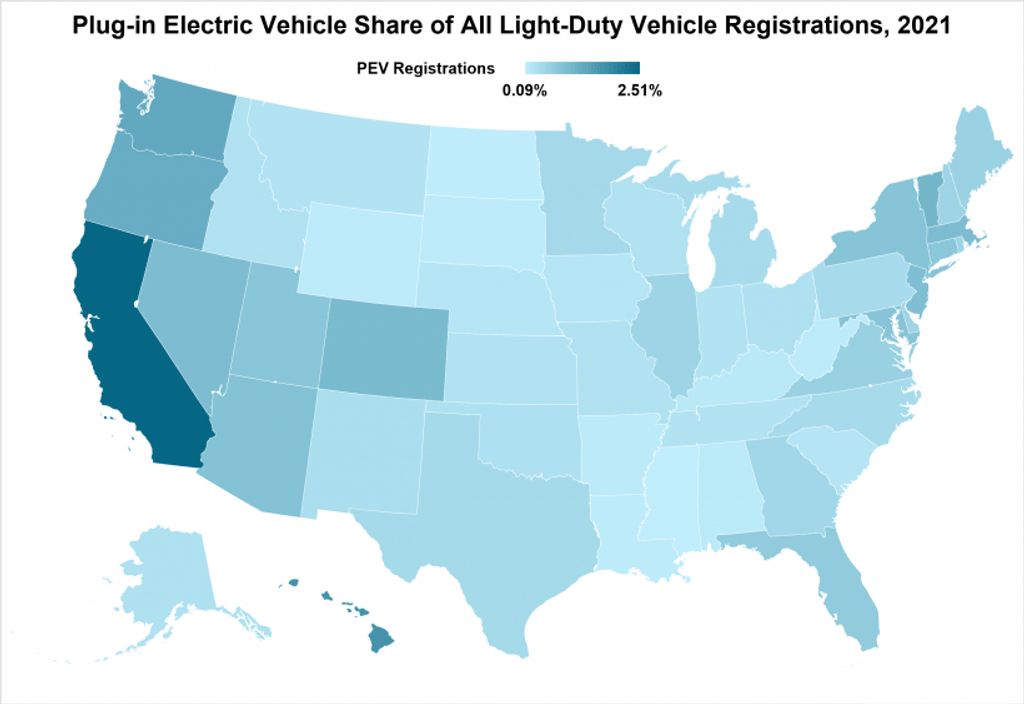 Source: Registrations as of December 31, 2021, sourced from Experian Automotive and analyzed by Argonne National Laboratory."

US: Tesla Strengthens Its Position As Top Luxury Car Brand In Q1 2022
US: GM Plug-In Vehicle Sales Disappoint In Q1 2022