There were no Audi Q4 e-tron deliveries in Q1.

Unfortunately, all-electric Audi sales also decreased. The company sold a total of 3,252 all-electric cars, which is 25% less than a year ago, although we must remember that Q1 2021 was a record quarter.

On the positive side, the share of battery-electric Audi out of the total volume remains relatively high at over 9% (9.2% to be precise).

The lineup consists of five models (some very similar to each other - SUV/Sportback versions), but as we can see below, the Q4 e-tron can't take off due to the lack of supply (from Europe). Previously, the company reported 45 Q4 e-tron and 19 Q4 Sportback e-tron "launch preparation vehicles" in Q4 2021.

Moving forward, Audi is expected to gradually increase sales of electric cars in the U.S., but there are supply issues with the potentially high-volume Q4 e-tron. Production of this model has been temporarily halted in Zwickau, Germany for a few weeks of March and once resumed, might be limited.

On the other hand, demand for electric Audi (and electric cars in general) is high, which means that the queues to receive a new car are getting longer. 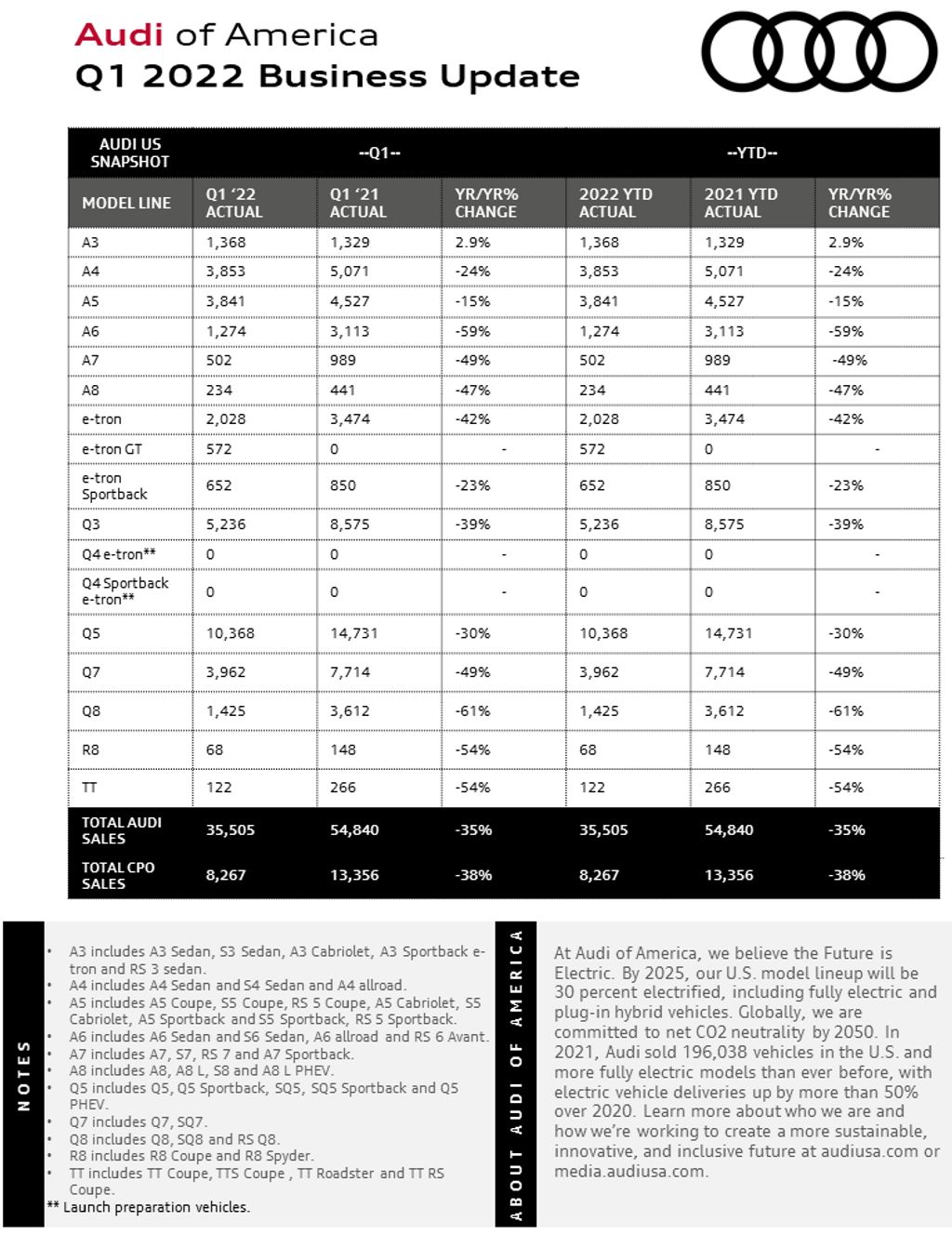