Norway: BEV Sales Improved But PHEVs Shrunk By 75% In February 2022

The top-selling models were Hyundai Ioniq 5, ahead of BMW iX and Audi Q4 e-tron.

New passenger car registrations in Norway decreased in February by 23.8% year-over-year to 8,147 and plug-ins contributed to this decline.

Just like in January, we can see a slight increase in all-electric car sales, but the plug-in hybrids really collapsed due to reduced tax incentives (CO2 emission component). The steep decline in PHEV sales is the direct reason why the overall plug-in car sales decreased.

So far this year, over 14,000 new passenger plug-ins were registered in Norway.

The gasoline, diesel and non-rechargeable hybrids were in the minority with less than 14% of the market in February (4.7% gasoline, 4.7% diesel, 4.5% hybrids).

The list of top 20 most popular models year-to-date in Norway is quite interesting because 9 out of 20 (including the top 5) happen to be brand new models, which have been present on the market for less than 12 months (they were not sold in February 2021).

It really shows us how quickly the market is evolving towards newer, and usually somehow better (in the customer's opinion) models. Of course, the top 20 is dominated by all-electric cars.

There are no Tesla models in the top 20, but as it usually was in the past, the manufacturer usually delivers a high number of cars in the final month of a quarter so maybe we will see a big comeback in March. 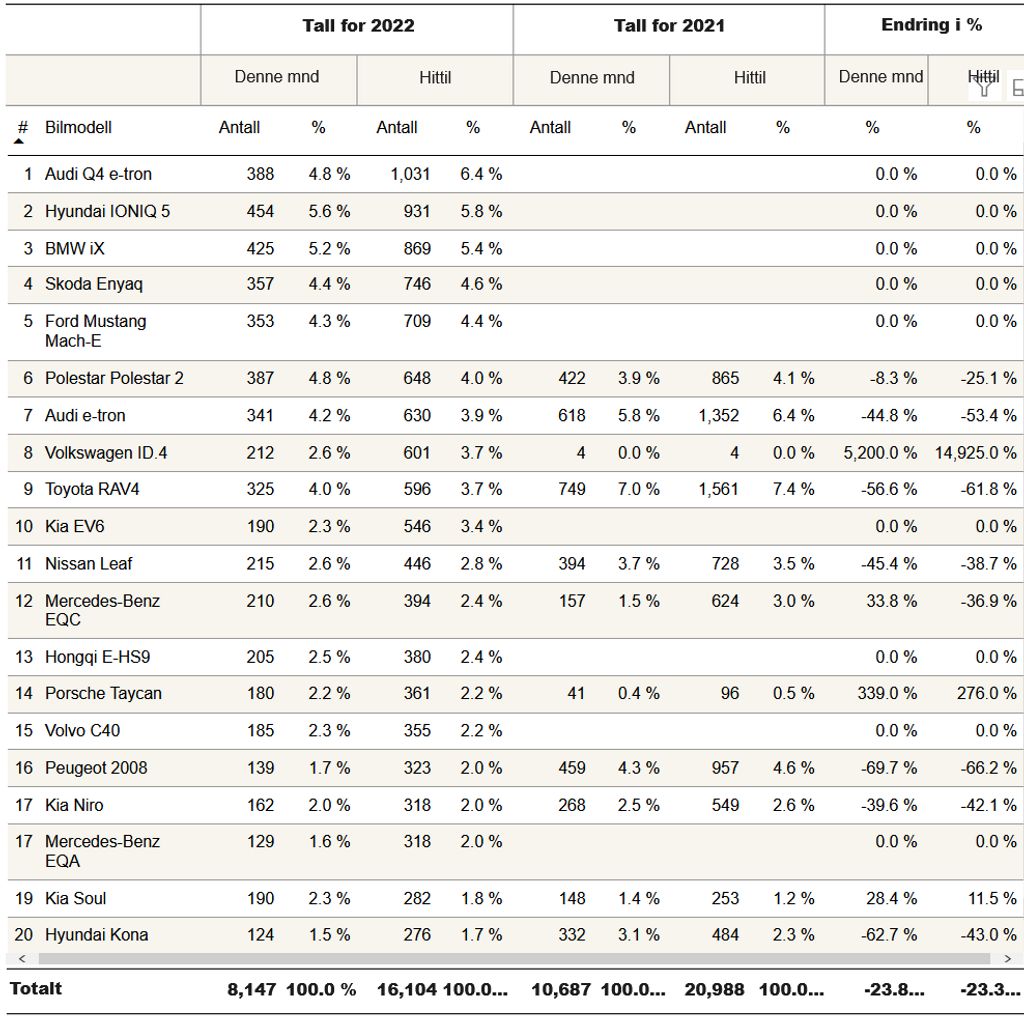