They will be used at the ports of Los Angeles and Long Beach.

On December 17, 2021, Nikola Corporation delivered the first Nikola Tre battery-electric vehicle "pilot trucks" to Total Transportation Services Inc., a California port drayage company. The vehicles (two, we assume) will be used at the ports of Los Angeles and Long Beach.

It's a major milestone for Nikola, which finally has reached the stage of production and sales of all-electric trucks, while still working on the hydrogen fuel cell trucks that are promised to be launched in 2023.

Total Transportation Services has a letter of intent for 100 trucks from Nikola (30 BEVs and 70 FCVs), but at first, the company will receive two BEVs and two FCVs. 30 electric Tre will be delivered in 2022, while FCVs will follow starting in 2023. However, the deal depends on the pilot results and grants:

"Based on satisfactory completion of the vehicle trials and subject to TTSI obtaining certain government funding, thirty BEVs are projected to follow later in 2022, and 70 FCEVs are anticipated to start in 2023."

“Nikola committed to make its first Tre BEV deliveries in Q4 2021 and it is a big honor to celebrate this milestone with our partner, TTSI, and dignitaries who are committed to advancing zero-emission transportation solutions to reduce truck emissions in port operations. TTSI has significant sustainability goals, and we are pleased to help them achieve their vision with our zero-emission trucks.”

In September, IVECO (part of CNH Industrial) and Nikola Corporation announced an MOU with Hamburg Port Authority AöR (HPA) related to sales of up to 25 Nikola Tre electric trucks.

Let's recall that IVECO and Nikola have a joint-venture manufacturing facility in Ulm, Germany (at IVECO's truck plant), which will produce BEV and FCV versions of Nikola vehicles for Europe. The base of the vehicles is the IVECO S-Way platform, including the modified driver’s cab.

Actually, according to the press release, also the initial Nikola Tre for the U.S. customers are produced in Germany:

"The first Nikola Tre models produced here will be delivered to select customers in the United States in 2022. In addition to the battery-electric vehicle (BEV) production model, the next evolution of this modular heavy-duty platform was also on display to the public in the form of the fuel cell electric vehicle (FCEV) prototype of the Nikola Tre. This subsequent model will enter production in Ulm by the end of 2023." - CNH Industrial (September 2021)

Nikola’s Coolidge, Arizona Manufacturing Facility (under construction) also has begun pre-series production of Nikola Tre BEVs. The company intends to have a manufacturing capacity of 2,400 trucks per year (assuming two shifts) in 2022 and 20,000/year Phase 2 expansion is expected to be completed in early 2023.

According to the Nikola website, the range of the production version of the Tre will be up to 350 miles (563 km), compared to 300 miles stated previously. 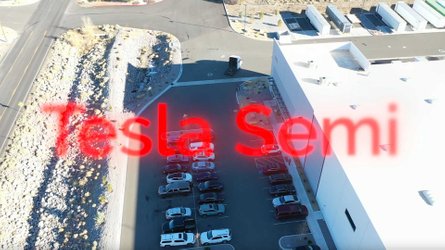 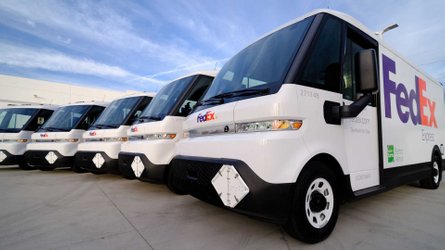 GM's BrightDrop Delivers First EV600 Electric Vans To FedEx
By: Mark Kane
++
++
Got a tip for us? Email: tips@insideevs.com