The company develops an airless alternative for electric vehicles and autonomous vehicles.

Goodyear is developing airless tires for electric vehicles with an intention for a commercial launch of the first completely sustainable material and maintenance-free tire by 2030.

The company has just released an exceptionally interesting video from tests of a Tesla Model 3 equipped with prototype non-pneumatic, airless tires.

"As part of its commitment to enable mobility now and in the future, Goodyear has extended testing of its non-pneumatic, airless tires to high-performance electric vehicles.

After successfully executing durability testing of non-pneumatic tires at speeds up to 100 miles per hour, Goodyear recently tested the alternative tire architecture at the company’s Akron Proving Grounds."

According to Goodyear, during the recent testing, the car successfully maneuvered at speeds of up to 55 mph (88 km/h). It's difficult to judge from the video, but it appears that the car handles a little bit differently - especially when it quickly changes direction.

"Testing has included maneuverability at speeds up to 55 miles per hour as well as acceleration and deceleration, with positive feedback from Goodyear and third-party trained test drivers."

The airless tires are promised to be safer, maintenance-free, longer-lasting and more environmentally friendly than conventional tires, but they are of course challenging to make. A lot of development must be put in to reach the series-production stage.

We wonder whether the performance of this type of tire and energy consumption will be competitive. If yes, it would be a groundbreaking change and valuable addition to EVs.

Goodyear also reports significant progress in the non-pneumatic tires on autonomous passenger shuttles. The company is participating in the first in-field use test of airless tires on an AV shuttle with the Jacksonville Transportation Authority (JTA).

“We are excited to progress to this new phase of testing and stretch the imagination on what can be possible with airless tires. We have shown that Goodyear’s NPTs can achieve highway speeds while also maintaining the dynamic handling required for a consumer vehicle, which is a meaningful milestone.” 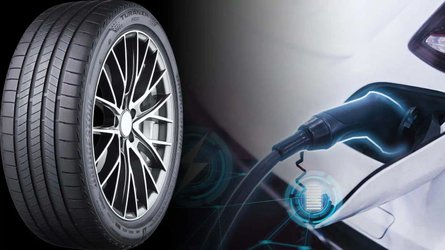 Bridgestone Readies For An Electric Future, Will Shift To EV Tires 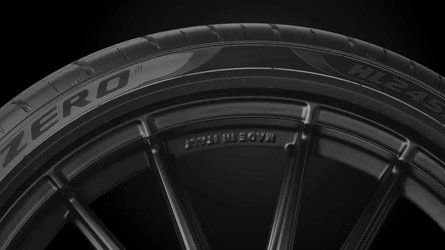 Lucid Air To Debut Pirelli's New P Zero HL Tire For EVs
By: Mark Kane
++
Got a tip for us? Email: tips@insideevs.com