Wolfsburg Vs Grunheide: VW Stepping It Up To Compete With Tesla

It’s become an axiom that Tesla is “more than a car company,” and others must follow suit or fall further behind.

Posted on EVANNEX on October 26, 2021 by Charles Morris

Grünheide is the town just outside of Berlin that’s the site of Tesla’s new German Gigafactory. But it represents only part of the threat that Volkswagen, and all the legacy automakers, are facing. Two Chinese automakers—Xpeng and NIO—are now delivering electric vehicles to European customers, and VW’s challenge could also be dubbed a “showdown with Shanghai.”

It’s become an axiom that Tesla is “more than a car company.” What many financial analysts still don’t understand (but Herbert Diess and his team understand very well) is that Tesla’s threat to the legacy auto industry isn’t just the fact that its cars use no gas. Tesla has made major innovations in its vehicle development and production processes. In comparison to Tesla (and some of the Chinese automakers), VW is not only falling behind its competitors in electrification—it’s also losing ground when it comes to productivity. Diess told his managers that, without radical changes, VW cannot remain competitive—and the Wolfsburg plant, and its jobs (over 63,000 as of 2018), could be in danger.

As Business Insider (German) reports, Diess and Brandstätter called their top managers to nothing less than a revolution in Wolfsburg. “We have great responsibility for this location,” said Diess. “We have to take on the new competition.” In practical terms, this will mean a radical rebuilding of the main plant at Wolfsburg—what BI characterized as “open-heart surgery at Volkswagen.” Old factory buildings will be demolished and new production halls will be built in order to make production processes more efficient.

Above: VW is trying to update its production to catch up with Tesla in the electric car race (YouTube: Reuters)

The productivity gap is stark. When Giga Berlin begins producing vehicles, which is expected to happen by the end of this year, it will set new standards for vehicle production. According to BI, Tesla can build a Model 3 in ten hours, more than three times as quickly as VW builds an ID.3 at its Zwickau EV plant.

Volkswagen is still doing well in its home market—in Germany, the company has six vehicles among the top ten sellers. In the rest of the EU however, not a single model is in the top 10.

The future prospects of the Wolfsburg plant may be tied to the Trinity project: a new EV that’s scheduled to go on sale in 2026. “Trinity has to raise the [Wolfsburg] site to a new competitive level, has to revolutionize it, even with new processes,” Diess told his troops. “In the end, it’s also about the jobs that we have here. Mr. Diess, the board and the employee representatives do not decide on the jobs. The customer decides about this, and the customer buys the product that offers more quality, more features for a better price. That is why we have to take up the fight, attack and not let Grünheide make our plant kaputt.” 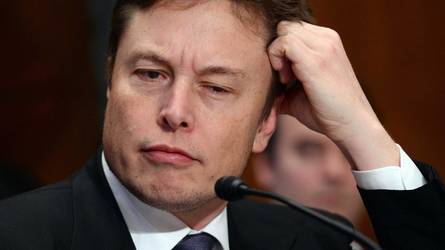 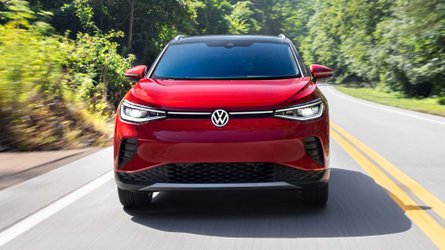 VW America CEO: $4,500 US Incentive For Union-Made EVs Is Wrong