The Korean automakers will join forces with Massachusetts-based Factorial Energy for its development.

Solid state battery is a big buzzword right now as car manufacturers are looking at ways to speed up its development in order to introduce it in a production electric vehicle as quickly as possible. Toyota looks to be the first to have such a battery in a production EV, but Korea’s big automotive duo, comprised of Hyundai and Kia, has just announce its own project to develop solid state batteries.

The manufacturers won’t be doing it alone, though, and they will work together with a company called Factorial Energy (based in Woburn, Massachusetts), which is already developing its own solid-state tech. In fact, according to the official press release from Hyundai, Factorial’s solid-state breakthrough

Factorial’s advances are based on FEST (Factorial Electrolyte System Technology), which leverages a proprietary solid electrolyte material that enables safe and reliable cell performance with high-voltage and high-capacity electrodes and has been scaled in 40Ah cells that perform at room temperature.

FEST is safer than conventional lithium-ion technology, extends driving range by 20 to 50 percent, and is drop-in compatible for easy integration into existing lithium-ion battery manufacturing infrastructure.

Hyundai doesn’t specify how much that translates to in miles, or what it’s basing its numbers on, but up to 50 percent more range than conventional lithium-ion batteries is definitely a noteworthy increase. They also mention that this tech is safer than the mainstream tech out right now and that it’s also approaching a cost parity with lithium-ion cells currently being used.

One major omission from the press release announcing all of this had to do with the time frame. Unlike Toyota, which plans to have a solid state battery in prototype this year (or BMW in 2025), this joint effort has no set date for either a prototype or an actual production vehicle to be made. 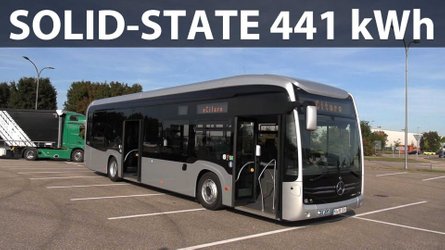 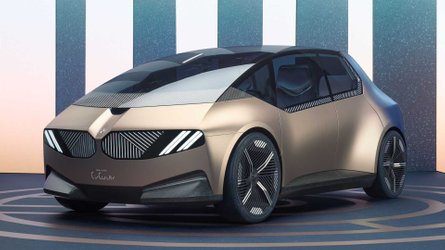 BMW i Vision Circular Is A Solid-State Compact EV From 2040
By: Andrei Nedelea
++
Got a tip for us? Email: tips@insideevs.com