The new model is the only trim level available to Soul EV customers.

Kia has announced changes to the Soul EV electric SUV range that see the existing First Edition model replaced with the new Maxx version. Priced from £32,445 once the government’s Plug-In Car Grant (PICG) has been applied, the new model will be the sole option for Soul EV customers.

As with the old First Edition car, the new Soul Maxx will get the same high level of standard equipment, including 17-inch aluminium alloy wheels, black leather upholstery and heated front seats. The car also comes with LED headlights, a heated steering wheel and a 10.25-inch touchscreen infotainment system with the Apple CarPlay and Android Auto smartphone integration systems.

Externally, the Maxx will be offered with a choice of colour schemes, including three two-tone options. The single-tone Snow White Pearl colour will be joined by the Cherry Red body with a black roof, or you can have the black bodywork and the red roof. Alternatively, customers can opt for Neptune Blue with a black roof.

But although the new Maxx model gets the new-look Kia badge and some fancy new paint jobs, the basic recipe is the same as before. The bodywork looks identical, and Kia says the underpinnings are also much the same.

That means you get a 64 kWh battery pack as standard, offering a range of up to 280 miles on a single charge. That battery feeds a 201 bhp electric motor, which will take the car to a top speed of 104 mph but emits no carbon dioxide whatsoever.

Charging from a three-pin, 13-amp socket will take a total of 29 hours, while using a 7.2 kW domestic ‘wallbox’ charging point will cut that to nine hours and 35 minutes. Should you use a 50 kW public charging point, it’ll charge the battery from empty to 8- percent in an hour and 15 minutes, while a 100 kW charger will manage the same feat in 54 minutes.

The first UK customer deliveries of the new Maxx model are expected in the autumn of 2021, although Kia has not yet confirmed a precise date. Like other Kia models, the new Soul EV Maxx will come with a seven-year/100,000-mile warranty. 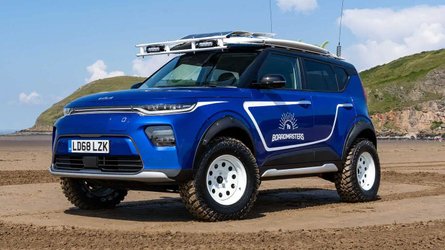 UK: Kia Soul EV Boardmasters Edition arrives to take you to the waves 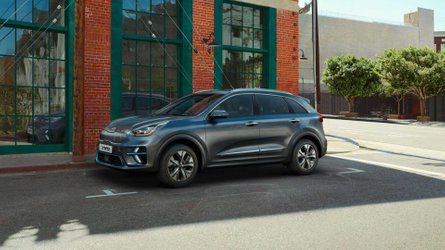 So far this year, the Soul EV has proven popular with Kia customers, with more than 900 examples finding a new home in the UK in 2021. However, the funky crossover lives in the shadow of the popular e-Niro SUV, which is highly acclaimed and has won numerous industry awards. Both cars are soon to be joined in Kia’s electric line-up by the forthcoming EV6.