Tesla Supercharging Network Is Being Upgraded To 300 kW

Tesla's CEO Elon Musk confirmed that the power will be increased.

Tesla is increasing power output of its Supercharging network, according to today's tweet posted by Elon Musk.

Tesla's CEO wrote that the new peak charging level will be 300 kW, compared to 250 kW (at V3 Superchargers) today.

"Supercharger network is being upgraded to 250kW to 300kW, so that will help too."

That's not a surprise, as Elon Musk already hinted at 280 kW, 300 kW and 350 kW levels during the Tesla Model S Plaid Delivery Day in June.

At this point we don't know details about the upgrade - whether the company will increase the power of existing V3 Superchargers, or maybe we are talking rather about V4 now?

We don't know when the first units will be deployed either, and how fast the upgrade will progress, but it's obvious that Tesla will start in the U.S. to support the introduction of the refreshed Tesla Model S and Tesla Model X.

The improved battery architecture of those two flagship models allows maintaining the current level of 250 kW longer than ever, which probably means that they can accept also a much higher peak.

A move to 300 kW is a 20% boost of peak power, but it does not mean that charging will be 20% quicker (the time depends on the average power).

We doubt that the 300 kW of power will be possible to maintain for a long period - rather just for a few minutes. Just see the Tesla Model S Plaid fast charging analysis - 250 kW lasted for several minutes.

The full potential of the 300 kW chargers probably will be seen in vehicles with larger battery packs, like the upcoming Tesla Cybertruck. We guess that not only it will charge at full power in a wide state-of-charge window, but 300 kW might be even not high enough (so even faster chargers will be deployed later).

Currently, Porsche Taycan can charge up to around 270 kW. The Hyundai Ioniq 5 has a peak of around 225 kW, but it maintains a high average, which allows replenishing range very quickly. 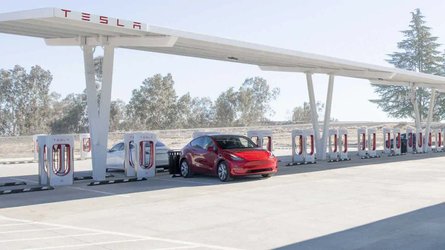 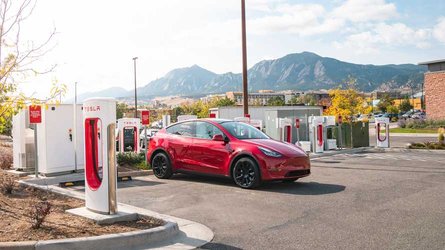 Report: Tesla Will Make Some Superchargers Publicly Available
By: Mark Kane
++
++
Got a tip for us? Email: tips@insideevs.com