Tesla Roadster Will Go On Display At Petersen Automotive Museum

The Tesla Cybertruck spent some time at the LA car museum, and now it's the next-gen Roadster's turn.

Several folks took to Twitter yesterday to announce that the all-new, next-gen Tesla Roadster will move into the Petersen Automotive Museum in Los Angeles for viewing soon. Tesla has plans to reveal a new Roadster release candidate sometime this summer, but it seems the existing prototype version will be the one to go on display for the public.

With Tesla's continued delays and production constraints, it's hard to even imagine vehicles like the Tesla Roadster, Tesla Semi, and Cybertruck coming to market any time soon. With the Model S Plaid coming, and delayed repeatedly, one would think there's really no reason to even worry about the Roadster for a long time.

That sort of seems like Tesla's plan. It revealed the Roadster as a bit of a surprise back in 2017, alongside the Tesla Semi. However, there really hasn't been any notable progress on the development, production, or delivery of these future cars since. When the Roadster was first revealed, CEO Elon Musk pointed to 2020 for its eventual launch.

As expected, the Roadster, as well as the other vehicles mentioned, have yet to arrive. Tesla is putting priority on the Model 3 and Model Y, and it's working to help the electric automaker sell more cars. With the Cybertruck potentially coming next, the Roadster may be delayed for years, and, according to Electrek, Musk hinted earlier that it could be 2022 before it arrives.

In more positive news, Musk did eventually say that Tesla will have a fully functional release candidate ready this summer. He also noted that the engineering for the supercar will be completed in 2021, with production plans set for 2022. 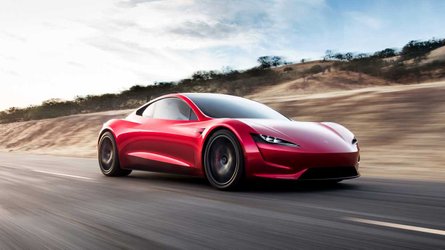 In the meantime, if you've been dying to check out the next-gen Roadster up-close and in-person, you're in luck. Well, as long as you live near Los Angeles or have the means to get there.

The Petersen Automotive Museum will have the Roadster prototype on display for the public for two weeks beginning on May 19, 2021. You may remember, the museum had the Tesla Cybertruck on display for a time last year. The announcement reads via Electrek:

“The Tesla Roadster is coming to the Petersen Automotive Museum for two weeks! Be one of the first to see the new Roadster alongside the original vehicle for this limited exhibition. We will be open seven days a week, with after-hours viewing opportunities for a more intimate experience."