Tesla Model 3: Here's How The Range Changes In Hot And Cold Weather 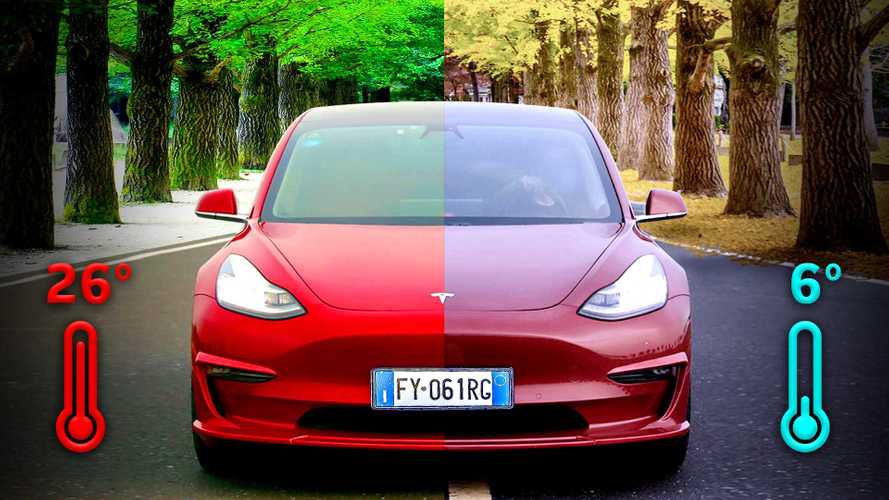 Two identical paths, faced in different months, with the SR + version: the difference between the results can really make the difference

Electric cars and range: the greatest challenge of zero-emission mobility. By now, the new battery-powered cars have distances able to meet the daily needs of most motorists. But the unknowns are not lacking and the variables that affect the amount of road that the EVs can cover with a charge still differ significantly.

The same car, not only based on the driving style adopted, but also on the type of tires fitted or the weather conditions, can be considerably more or less efficient. And we wanted to test it with our editorial Tesla Model 3 SR +, which we tested on the same course in January and on a sunny October day. With very interesting results.

***Editor's Note: InsideEVs U.S. would like to thank our colleagues at InsideEVs Italy for conducting these tests and sharing the results with our readers. Check out the original article, in Italian, here.

In the two tests carried out, the car was put to the test both on the Rome-Forlìroute - traditional reference of the real consumption tests of Motor1.com - and in the traffic of Rome, thus covering both urban and high- traffic routes.

The efficiency of the American sedan was also calculated by carrying out an economy run and, conversely, by testing the maximum consumption. But first of all, let's get to know the focus of the test better according to the data reported by the registration certificate in Europe:

During the second test, held in October, the Tesla Model 3 recorded consumption of 11.9 kWh / 100 km, becoming the most efficient electric of all those analyzed with this type of test. In the previous test, in January, consumption did not go beyond  14.7 kWh / 100 km. A very marked gap, even considering the possible implementations that arrived via OTA.

On balance this is a difference of about 23.5%, which translated into km that can be traveled with a full tank, considering a declared range of 409 km, could be worth almost 100 km (62 miles) of difference. And in fact, if in January it was necessary to have a short stop at a direct current charger, in October the Tesla is covered the entire distance without having to recharge.

What could have contributed to such a difference in consumption? In January the headlights remained on for longer, as part of the test was carried out in low light conditions. And again in January, theheating was used more, as it was colder.

However, these are two variables alone cannot justify such a large difference in performance in terms of efficiency. The same goes for tires: winter in January, summer in October, but both with the same rolling coefficient.

No, it is the fault of the cold

Precisely this difference has allowed the battery to face the journey in optimal conditions, without requiring special efforts from the accumulator air conditioning system. The case of January is different.

In the heat, it is better everywhere

In the consumption test, in addition to the Forlì-Rome route, as mentioned, the Model 3 was also tested in other specific conditions. In all cases, the results obtained were better in October than in January. Below is the data for each route: