Honda Shows Off SUV e:concept And CR-V PHEV Ahead Of Auto China 2020: 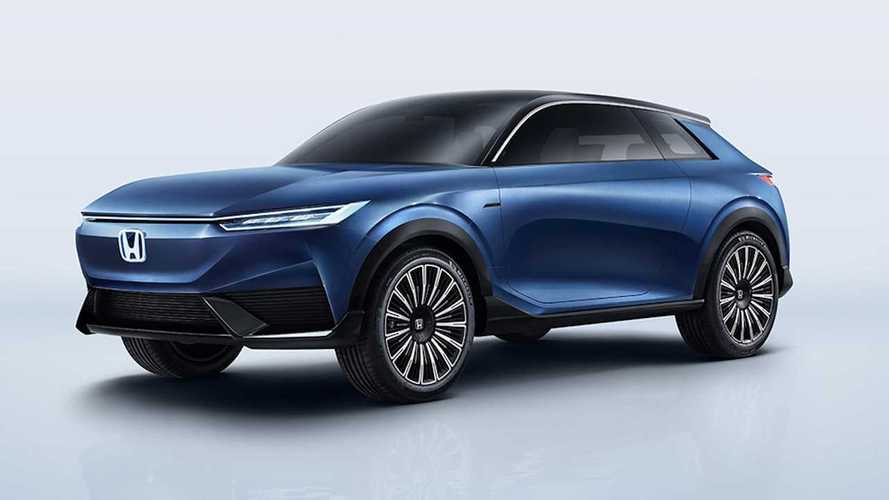 Honda today has shown images of its all-new electric concept model, the Honda SUV e:concept, which will be unveiled at the Auto China 2020 in Beijing (September 26 - October 5).

Alongside this new concept, the Japanese manufacturer will present also its first plug-in hybrid model for the Chinese market, the Honda CR-V PHEV.

Sales of the Honda CR-V PHEV in China will start in January 2021. There is no info about other markets. Hopefully, soon Honda will release also the specs so we will be able to compare it with other models like Toyota RAV4 Prime.

"The plug-in hybrid system for this model was developed based on Honda’s original 2-motor hybrid system, SPORT HYBRID i-MMD, with further improved efficiency of the battery and converter system. This system realizes the “most EV-like feel” in virtually all areas for everyday driving, including driving performance, responsiveness and quietness."

The concept model on the other hand is just an indication of a new all-electric crossover/SUV "mass-production model" that Honda intends to launch in China in the future.

"Honda is striving to develop a mass-production EV model which will offer a value based on mobility experiences that remain fresh and FUN for customers. To this end, the new EV model will be equipped with omnidirectional ADAS, the next-generation Honda SENSING safety and driver-assistive system with improved recognition, predication and decision-making performance, as well as the next-generation Honda CONNECT, which features an AI assistant interface, smartphone link and wireless updates made possible by advanced connectivity. "

The new Omnidirectional ADAS system mentioned above is an advanced driver-assistive system, which will enter demonstration testing in China before the end of this year.