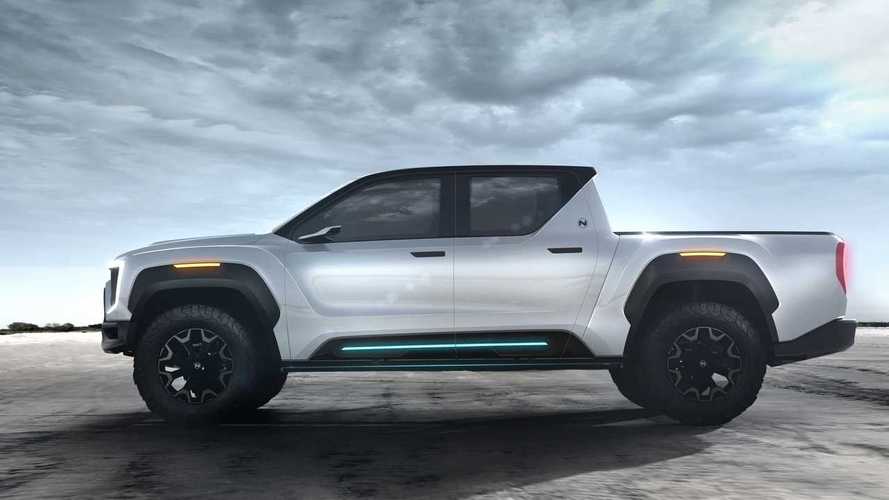 Hydrogen may be quicker for refueling, but it reduces efficiency over a traditional EV and adds cost and unnecessary tech.

Posted on EVANNEX on September 12, 2020 by Charles Morris

Companies like Nikola have been touting a hydrogen fuel cell future. GM just embraced the upstart, but some on Wall Street are asking (all sorts of) questions. Here’s an important one: does Nikola’s pro-hydrogen stance make sense?

Above: A fuel cell powered Toyota Mirai looks to fill up at a hydrogen fueling station (Source: Bexim / Wikipedia Commons)

The argument in favor of hydrogen fuel cell vehicles relies on two supposed advantages they enjoy over battery-electric vehicles: longer range between refueling stops, and fast refueling time. How do these advantages play out in the real world?

Unfortunately, Nikola doesn't have a prototype (or production) hydrogen vehicle that's been reviewed or analyzed by anyone outside the company. In fact, there aren’t many first-person accounts from real-world drivers of fuel cell cars in general, because there aren’t that many fuel cell cars out there.

However, there is one owner who's written about his real-world experience driving on hydrogen. Mark Vaughn recently told his story in Autoweek. Mr. Vaughn owned a fuel cell powered Toyota Mirai for a year, during which his family drove it for a little under 9,000 miles.

You may not have driven by, parked next to, or even heard of a Toyota Mirai. Since the Mirai went on sale in late 2015, it’s been selling between a thousand and two thousand units in the US (1,502 units in 2019, according to CarSalesBase). That’s pretty few compared to...let’s just pick another automaker at random...Tesla, which moved 192,250 vehicles in the US in 2019.

So what kind of efficiency and range did Vaughn experience in his Mirai? “Miles per kilogram of hydrogen ranged from the low 50s to the upper 60s, and range per tankful varied between a low of 238.3 miles and a high of 310.3. The average was about 261, nowhere near the EPA estimated range [312 miles].”

While hydrogen fans’ claim of greater range compared to BEVs may have been valid a few years ago, it isn’t today. The highest EPA estimated range for a fuel cell car is 380 miles, for the Hyundai Nexo Blue. Tesla’s Model S Long Range Plus beats any FCV on the US market, with a range of 402 miles, and other, cheaper EVs such as the Model 3 Standard Range (220 miles) and the Chevy Bolt (259 miles) are in the same class, range-wise, with FCVs (of course, it’s only fair to note that the real-world range of any electrified vehicle will often fall short of its EPA-rated range).

What about the convenience of fueling? Vaughn notes that his efficiency and range figures are strictly provisional, “because you can’t always fill the tank up all the way. All you have to judge whether it’s full is a simple bar graph on the dash and that bar graph indicated ‘full’ less than half the time.”

Vaughn also found that, of the 41 hydrogen stations in California, “more than half of them were out of H2 at any given moment during the time I had the Mirai.” He was told that this was due to a supply interruption that has since been addressed.

It seems undeniable that filling up a vehicle with hydrogen is faster than topping up a battery. However, BEV owners usually charge their vehicles at home, where charging time is irrelevant (and “supply interruptions” are generally not a problem). Refueling with hydrogen at home is not an option. The comparative speed of refueling is only an issue for long trips, beyond a battery’s range. It’s true that even a Tesla Supercharger isn’t as speedy as a hydrocarbon dispenser, but this is a drawback that automakers and charging station operators are keenly aware of, and BEVs are gradually closing the gap. Porsche says its Taycan, which uses an 800-volt battery architecture, can be charged from 5% to 80% of capacity in about 20 minutes, and Kia plans to introduce an 800-volt system that will enable a “sub-20-minute recharge time.”

How much does it cost to refuel with hydrogen? This is kind of an abstract question at the moment, because all existing hydrogen stations are subsidized by carmakers and/or governments, and so is the cost of hydrogen for drivers. All new FCV sales or leases come with three years’ worth of free fuel. As Mr. Vaughn explains, Mirai owners do theoretically pay for hydrogen, but the cost is credited to a gas card that comes with the lease. According to his calculations, the nominal cost of fueling the Mirai is about 29 cents per mile, whereas driving a Tesla Model S Long Range costs between 2 cents and 8 cents per mile in the US, depending on the local cost of electricity.

High On Hydrogen: Will Nikola Prove To Live Up To The Hype?
⠀

According to InsideEVs, the energy content of one kilogram of H2 is roughly equivalent to that of one gallon of gasoline, and the former currently costs about $16/kg in California, whereas gas is running about $3/gallon. At the Mirai’s EPA-rated efficiency of 67 MPGe, this yields a per-mile cost of about 24 cents.

Mr. Vaughn’s article only deals with questions of range, efficiency and the convenience of fueling. He doesn’t mention the Mirai’s performance, features or other, more subjective factors. Be that is it may, he makes it pretty plain that he won’t be buying another fuel cell vehicle, and that he’s convinced batteries are the better choice. “There’s no denying that hydrogen fuel cells add several layers of complex technology and cost onto what is essentially just an electric car with a fuel cell stack that runs on hydrogen,” Vaughn concludes. “After 9,000 miles I say, let’s just all agree to use batteries. Who’s with me?”