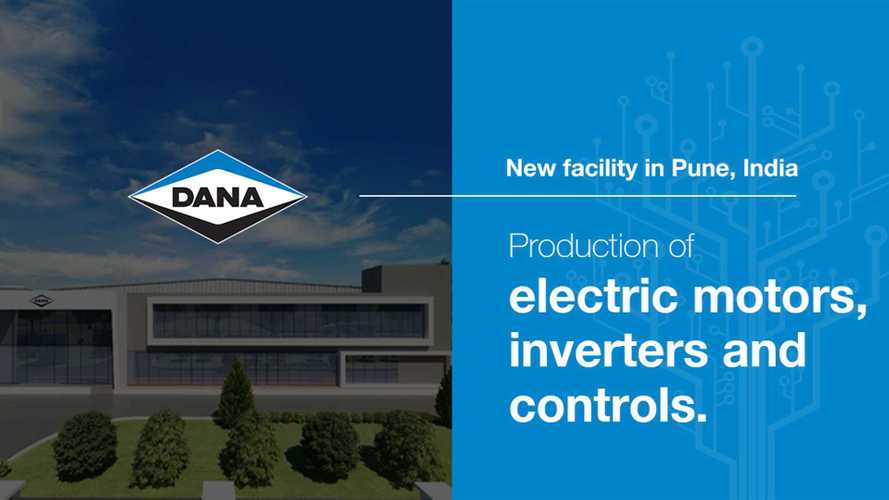 Dana announced that later in 2020 it will open in Pune, India a new 4,600 square-meter (50,000 square-foot) production facility for Dana TM4 low- to high-voltage electric motors, inverters, and vehicle control units. It's the company's 18th facility in the country.

The Dana TM4 is a joint venture between Dana Incorporated and Hydro-Québec (Canada's largest electricity producer), created in 2018.

Dana hasn't disclosed who will be the main customer (in India or globally), but we guess that the major focus is on the heavy-duty vehicles, buses and trucks. India's EV bus market in particular might be one of the biggest at some point in the future.

"Scheduled to open later this year, the facility will supply technologies to manufacturers for a variety of electrified vehicle applications, including buses and trucks.  With the addition of electric motors, inverters, and vehicle control units to Dana's current capabilities in India, the company is poised to serve as a preferred supplier with in-house capabilities to deliver complete and fully integrated e-Propulsion systems to OEM customers across all mobility markets."

"Dana has a complete portfolio of e-Powertrain technologies and this new facility builds on our growing network of manufacturing sites for electrified products that will enable us to provide critical innovations to our customers throughout the world. By expanding Dana's manufacturing expertise for motors and inverters in India, we will be able to support the acceleration of the adoption of electric vehicles in key growth areas, such as the Asia-Pacific region, while promoting India's position as a rising global leader in mobile electrification technologies."

EV Battery Systems To Be A New Cornerstone Of Valmet Automotive
++