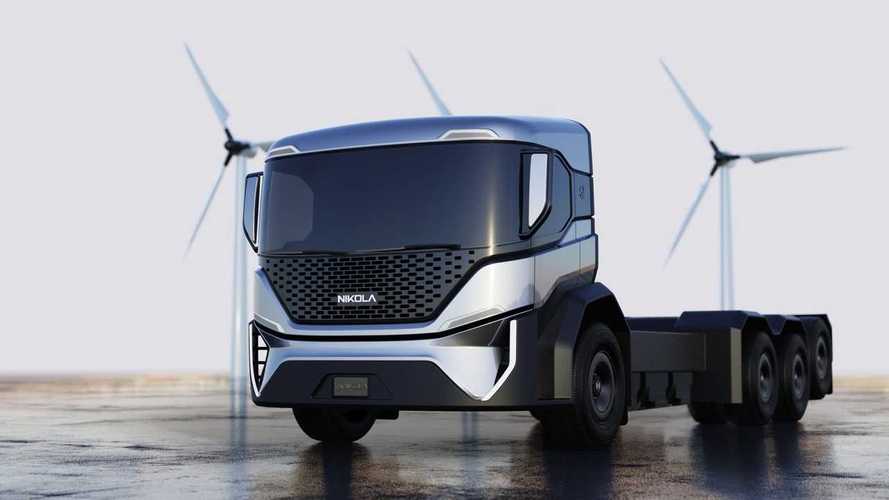 The deal is for a minimum of 2,500 (up to 5,000) chassis and body (including both automated side loaders and front-end loaders).

Nikola Corporation announced a "landmark" order for 2,500 battery-electric refuse trucks for Republic Services, one of the largest waste collection companies in the U.S.

The deal is for a minimum of 2,500 vehicles with an option for up to 5,000 total, which is really two orders of magnitude beyond anything we saw in the U.S. so far. According to the press release, it's the largest single order in the waste industry.

The Nikola Refuse (that's the name apparently) trucks will be based on the battery-electric Nikola Tre truck for Europe (entire package including batteries, controls, inverters and e-axle). The brief specs show that it will be able to take up to 1,200 cans per charge.

Nikola boss Trevor Milton said that sharing the Tre platform will allow Niokola to "drive the cost down for both programs by using the same parts".

With 1,000 HP, the Nikola Refuse is expected to outperform the conventional diesel and natural gas counterparst, as it will be able to go up hills with full loads "without issue".

The plan is to "likely" start on-road tests in early 2022 and full production shortly after with deliveries in 2023. Nikola to produce chassis and body (previously Republic Services was usually forced to buy those things separately). For comparison, the production of Nikola Tre trucks will start in 2021.

“This is a game changer. Refuse truck customers have always ordered chassis from truck OEMs and bodies from other suppliers. Nikola has fully integrated the chassis and body, covering both with a single factory warranty. Trucks will include both automated side loaders and front-end loaders — all of which will be zero-emission.”

The refuse truck segment is one of the perfect applications for electrification. We will closely look at Nikola's project - another one promised, and by the way, another one without hydrogen fuel cells.

Take Part In The Discussion Of Nikola Here

This hydrogen/battery electric hybrid of a company sparks lots of great conversation.