Munro And Associates Is Offering Its $2 Million BMW i3 Teardown Report for $10!

Sandy Munro is offering a digital copy of his company's 2014 BMW i3 teardown report for $10. That's an incredible offering since the regular retail price was originally $89,000 and cost $2.1 million to produce.

The report consists of ten "zones" and a total of 23,793 pages. Sandy offers that the $10 total for the report is because he's selling the teardown analysis for a "buck a zone". 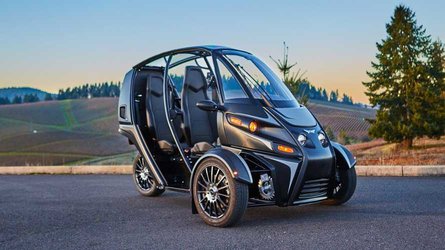 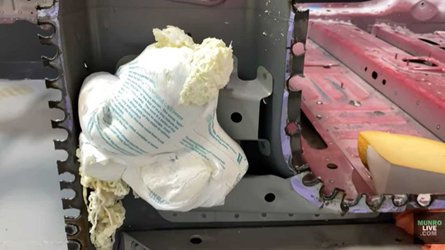 Before Munro talks about the special offer, he first tells us a little story about when he was younger and a retiring coworker offered him a fantastic deal on an expensive set of tools. In short, the person allowed Sandy to buy the tools for much less than they were worth and only charged him a "buck a drawer". Sandy hopes that perhaps by offering the BMW i3 report for a similarly fantastic discount, he will inspire the next Elon Musk to evolve.

Back in 2015 when Munro & Associates completed the BMW i3 teardown, we reported that Munro stated that BMW needed to sell only 20,000 i3s per year for the vehicle to be profitable for BMW. In fact, every full year that the i3 has been in production except 2014 BMW has sold more than 20,000 units. There was enough demand in 2014 for the vehicle, however, BMW was supply constricted. Amazingly, BMW has sold more i3's every year it's been in production.

That streak is likely to be broken this year, but that will have more to do with the COVID-19 crisis than the demand for the vehicle. Still, even with reduced sales in 2020, BMW will likely cross the 200,000-unit sold mark at some point in 2020.

Here's the rundown of BMW's annual i3 sales.

Munro says that the majority of the auto manufacturers around the world have already purchased the full report. There are more than 54,000 individual parts in the report and every single one is documented with materials, weights, cost, fasteners, glues, suppliers for components, and more.

"This is, without a doubt, one of the best engineered vehicles on the planet," said Munro. "We've taken apart a lot of cars, planes, wind turbines and more, and the BMW i3 continued to pleasantly surprise us throughout the teardown process. This will be the vehicle that other automakers look to for next-generation improvements."

Back in 2014 when Munro completed the teardown analysis, he was enamored with the i3, and particularly the materials used and the manufacturing processes that BMW employed to make the vehicle. Munro compared the i3 to the Ford Model T with regards to reinventing automobile manufacturing processes. Whether you love or hate the i3, the fact is that BMW really stepped outside of their comfort zone with the vehicle and we respect them for that.

Virtually no part of the manufacturing process and the assembly line was the same as it was for their conventional vehicles. I remember speaking with BMW product managers at the time and listening to their stories about how they had to virtually reinvent the assembly line to accommodate all the new processes.

For ten dollars, this is a no-brainer for most car enthusiasts. I doubt many will actually go through all of the 23,793 pages, but it's all there if you really want to take it all in. Personally, I'm going to plunk down my $10 and get a copy. As an two-time BMW i3 owner and EV enthusiast, I'd gladly pay ten times what they are offering the report for and still think it was a bargain.

For those interested, here’s a direct link to purchase the report.