Current density is also ten times higher than without that new spreadable interlayer.

Can a solid-state battery be considered as such if its solid layers are anointed with a butter-like material? For scientists from four different universities, that can be the answer to making these batteries more stable and ten times more current dense, as a study published at Advanced Functional Materials has revealed.

The butter-like material is far from any dairy product: it is a combination of ionic liquid electrolyte and LAGP (Li1.5Al0.5Ge1.5(PO4)3) nanoparticles. The magic happens when it is placed between the solid electrolyte – made of NASICON – and the lithium anode. 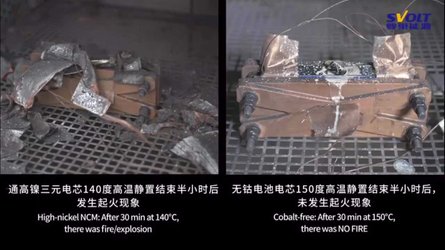 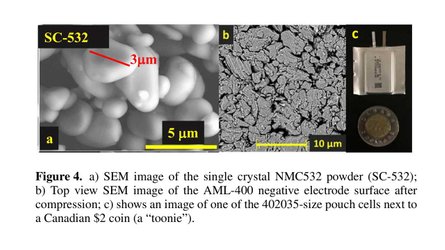 NASICON is the acronym for sodium (Na) Super Ionic CONductor. It is one of the most promising solid electrolytes for solid-state batteries because its conductivity can match that of liquid electrolytes.

The biggest issue with NASICON is that it does not go very well with a lithium metal anode. When they are directly in touch, the result is a chemically unstable interface. That is why researchers from Chalmers University of Technology, Xi'an Jiaotong University, the Technical University of Denmark, and the National University of Defense Technology joined forces to develop the "spreadable interlayer."

In an effort to make this easier to understand, the researchers compared the solid-state battery to a very dry sandwich. Like mayonnaise, the "quasi-solid-state-paste" brings harmony to the elements and keeps them together.

We have no idea if an EV would find that combination tasty, but it would surely be useful. The paste made the solid-state battery more stable. More than that, it increased its current density tenfold, something that will be very useful for fast charging or discharging.

Another positive effect of the high-tech grub is that it prevents thermal runaway at elevated temperatures (300ºC).

The only apparent concern of the researchers is that the ionic liquid can make these batteries more expensive to produce. Other than that, the results seem to be really promising. If you wonder if it will allow solid-state batteries to reach the market, one of the researchers gave his guess. According to Aleksandar Matic, Professor at the Department of Physics at Chalmers, solid-state batteries will be for sale five years from now. So be it!