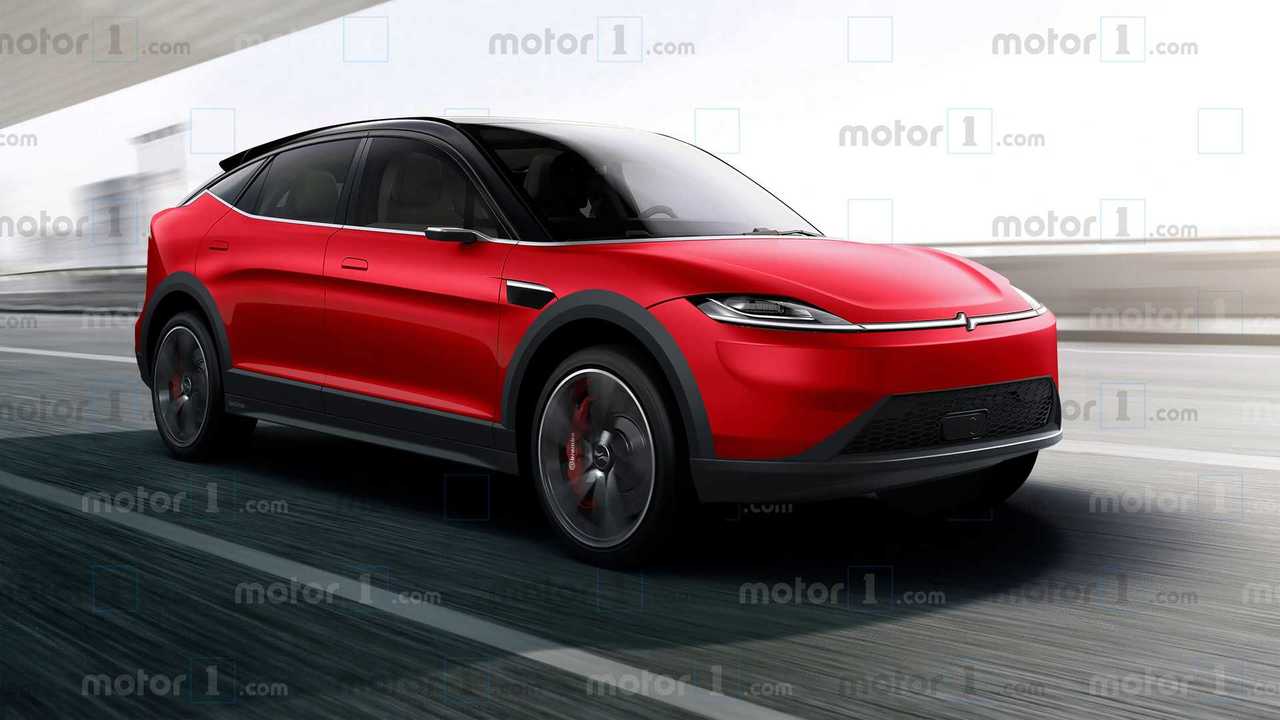 Sony says it’s not getting into the car-making business though.

Sony surprised us earlier this year with the Vision-S at the Consumer Electronics Show. It was a concept car designed to showcase the company’s various automotive technologies in one sleek package. However, it didn’t remain Sony’s only car. A video highlighting the Vision-S shortly after the reveal briefly showed the front clip of a high-riding, crossover-like sibling. Now, we have exclusive renderings of what that Sony crossover could look like, and it’s just as sleek and elegant as the sedan.

The small portion we could see in the video carries over to the renderings, featuring sleek headlights, a closed-off grille, and some subtle chrome trim. While similar in design to the Vision-S front end, the other vehicle in the video did feature distinct front-end styling. The renderings show the Vision-S crossover maintains the Vision-S sedan’s sharp design line down the side and the fender vent.

Sony Will Not Sell The Vision-S But Prepares It For Test Drives: Why?
⠀

It’s only at the rear where the styling drastically diverges. While the Vision-S has a sloping roof that cascaded down to the rear fascia, the Vision-S crossover features an extended roof that creates the liftgate. The rear quarter panels kick upward, too, which is reflected in the rear-most side window and D-pillar. There’s only a glimpse of the taillights, though they look similar in design to those on the sedan.

The Vision-S was Sony’s way of cramming all its hottest automotive technologies into an attractive package. The sedan featured no fewer than 33 sensors both inside and outside of the car, designed to offer an advanced autonomous driving system propelled by an all-electric powertrain. Sony didn’t divulge many details about the sedan’s performance, but the company did say it could hit 62 miles per hour (100 kilometers per hour) in 4.8 seconds.

While Sony has been adamant that it’s not looking to enter the car-building business, the company has continued to develop the car with Magna Steyr with plans to make the car ready for tests on public roads. Considering the buzz surrounding the Vision-S, a crossover version would likely generate even more excitement.