The Tesla Model 3 noted an outstanding number of 4,718 new registrations.

The British car market was severely affected by the coronavirus, especially during the second part of the month, and overall new passenger car registrations collapsed by 44.4% year-over-year to 254,684.

It this gloomy image, the plug-in electric cars actually managed to continue with amazing growth this year, once again doubling the volume!

The new plug-in registrations amounted 18,512 (the all-time record), which is 109% more than a year ago, as manufacturers were delivering vehicles ordered over the past months (it might not be as strong in Q2 though).

Because of the record and overall market situation, also the plug-in market share is at a record high 7.27% (one in about 14 new registrations)!

The all-electric (BEV) segment was actually not only almost two times bigger than PHEVs, but also tripled its sales! Anyway, both categories noted new records.

"There was some good news for early adopters, who were able to take delivery of the latest alternatively fuelled cars before the crisis took hold in the UK. Registrations of battery electric vehicles (BEVs) rose almost three-fold in the month to 11,694 units, accounting for 4.6% of the market, while plug-in hybrids (PHEVs) grew 38.0%. Uptake of hybrid electric vehicles (HEVs), however, fell -7.1%." 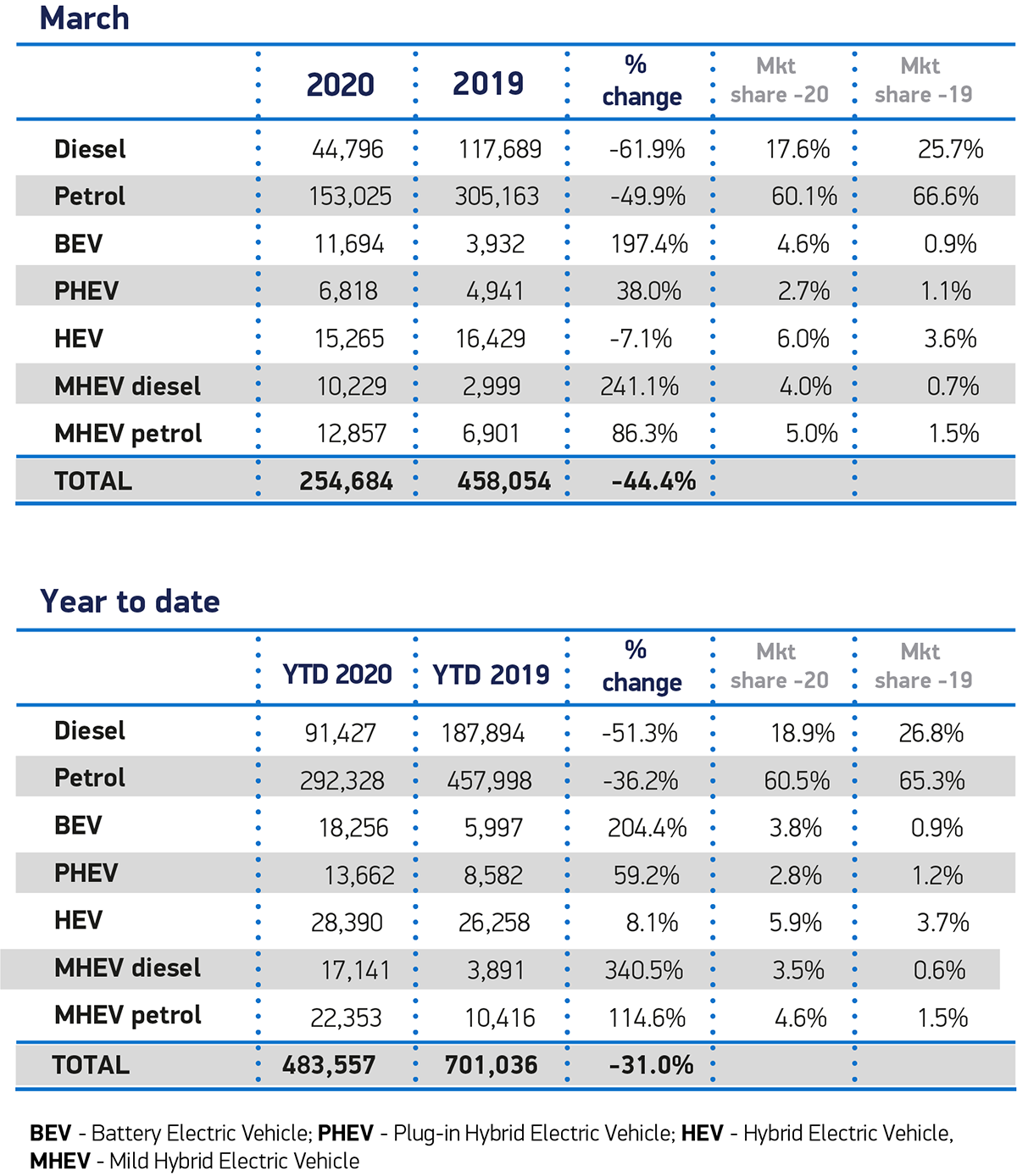 We don't have data for particular models, although - as it turns out - the one, named "Other" (aka Tesla Model 3) was doing quite fine. Thanks to a cumulative volume delivery in a single month, Model 3 noted 4,718 registrations. That's 40% of all BEVs and the #9 best result in March.

The Society of Motor Manufacturers and Traders (SMMT) calls Tesla as "Other", reportedly because Tesla's policy of not releasing regional sales data.