A Deep Dive Into The Solar-Powered Tesla 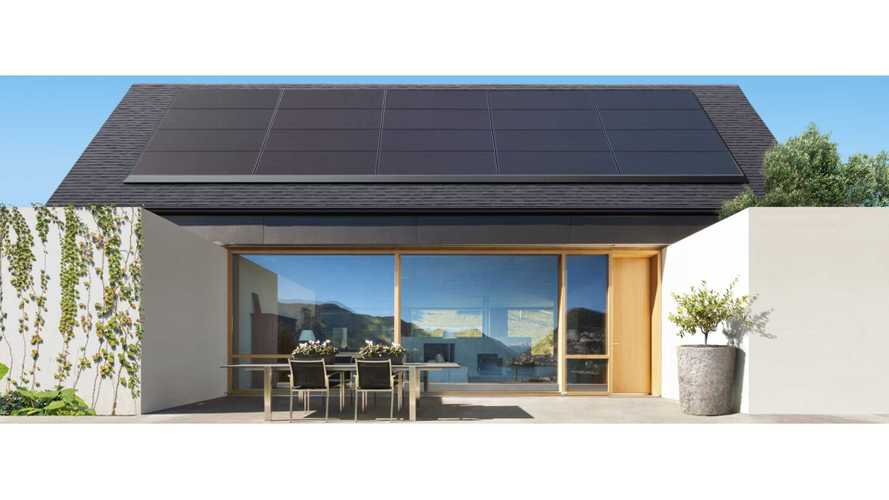 In late 2012, I went to the Miami International Auto Show, and had my first experience in a plug-in hybrid electric vehicle (PHEV).  My brother-in-law and I took a ride in a Fisker Karma inside the Miami Beach Convention Center. It was an amazing opportunity to experience the future of transport, as we glided silently through a short indoor track.

Is It Possible To Power Your Tesla With Solar Power?

It wasn’t long after that I decided that my next vehicle would (at a minimum) be a plug-in hybrid, if not fully electric.  In 2013, I started following Tesla with great interest and decided I would eventually own their mass-market model.  I had no intent on buying a Model S because it was more than I’d ever want to spend on a car.

In early 2014, I decided to take a Model S “fan drive” to get the full experience behind the wheel, with no intent to purchase.  I was smitten. I fought long and hard with myself to wait for the mass market Tesla, but ultimately I succumbed. In June 2014, I purchased a Model S and never looked back.

About two years later, in March of 2016, Tesla was finally revealing their mass-market vehicle, the Model 3.  The day before the unveiling, Tesla was already taking pre-orders for the car. People were lining up outside of Tesla stores, to place orders with a $1,000 deposit.

I didn’t stand in line all day, but I did pop into the Tesla store at the Town Center Mall at Boca Raton after work the day before the reveal, to scope out the situation.  I was pleasantly surprised to see there was not a line of people coming out of the store. I went ahead and placed the order for my wife’s Model 3, sight unseen.

A year later, in July of 2017, Tesla finally started making deliveries of the first Model 3s, starting with the most expensive variant.  As Tesla began ramping up production and fulfilling orders, it became apparent the standard range ($35,000 variant) wouldn’t come to market before the full $7,500 tax credit began to phase out.

In July of 2018, we pulled the trigger and ordered our long-range RWD Model 3.  We became a two-Tesla family, and achieved full electric transport!

There is no disputing that electric vehicles have zero tailpipe emissions.  However, there is often controversy regarding the total emissions from EVs when accounting for the energy source used to charge them.  Some claim [albeit incorrectly] that an electric car charged on a grid powered by coal results in more total emissions than a gasoline-powered vehicle.

According to the U.S. Energy Information Administration, more than half of the electricity produced in the U.S. comes from fossil fuels, and more than 25% of it comes from burning coal.  The largest source of energy production comes from natural gas (35%), which burns cleaner than coal but it is still not emissions-free.

GOING SOLAR WITH A CO-OP

In 2018, I had the pleasure of meeting John Morales, a local meteorologist in South Florida.  He had recently taken delivery of his Model 3 and had gone solar the prior year.  He suggested I look into going solar with a solar cooperative (co-op).

John put me in touch with Jody Finver, with Solar United Neighbors.  Solar United Neighbors is a non-profit organization that helps homeowners to go solar, by organizing solar co-ops throughout the U.S.  By joining a co-op, your solar installation will be performed by a preferred vendor, and you will enjoy the benefits of discounted pricing, quality installation, and more.

Joining a co-op is free and there’s no obligation to sign a contract or buy.  It’s a great way to get educated on solar and the process of having residential solar installed.  Solar co-ops open up all the time, so even if there isn’t one in your area currently, it’s possible that there will be one soon.

At the time I wanted to go solar, there wasn’t a co-op in my area, but there was one starting in Miami.  John and Jody told me it’s possible that the vendor they select for the Miami co-op may be willing to travel to Broward county to perform my installation.

THE MATH OF GOING SOLAR

How much does it cost?  What’s the payback? Hands down, these are the questions I hear most often about my solar system.  A typical payback is around 7 - 10 years. The primary factors are the cost of the system, the cost of electricity, and the amount of energy produced by the system.

Cost of the System

The most common measure for the cost of a solar system is the price per watt.  Because it disregards the size of the system, it provides for a quick and simple apples-to-apples comparison.

Typical costs per watt before federal tax incentives are around $2.50 - $3.00 per watt.  If you install a system before the end of 2019, you will receive a 30% tax credit on the cost of the installation.  You’ll receive the tax credit when you file your taxes the following year.

So if you install a system in 2019, you’ll receive the credit in 2020 when you file your taxes before April of 2020.  If the tax credit exceeds your tax liability, not to worry. You will be able to rollover the remaining tax credit into subsequent tax years until you use it all up.

That makes the effective cost around $1.75 - $2.10 per watt for this year.  The less you pay per watt, the shorter your payback period.

Electric meter rates are measured in kWh, which is a measure of energy.  It is the energy equivalent to 1000 watts of power over a period of one hour.  The average rate in the U.S. is about 13¢ per kWh. The higher your electric rates are, the shorter your payback period.

Total energy production depends on how sunny it typically is in your area throughout the year.  A good rule of thumb is about 5 hours of sun per day. This accounts for cloudy days as well as the change in the length of daylight throughout the year, as the Earth makes its annual trip around the sun.  The sunnier it is where you live, the shorter your payback period.

Putting it All Together

With the figures above, we should be able to calculate how many kWh a solar system would need to generate to pay for itself.  So let’s do an example of calculating the payback. Let’s say we purchase a 7 kW system at $1.90 per watt, post-incentives. That’s $13,300.

To calculate how many kWh the system would need to produce to pay for itself, we divide that $13,300 by 13¢ per kWh, which gives us about 102,308 kWh.  That’s a lot of energy! But how long does it take a 7 kW system to produce that much energy?

An 8-year payback means the ROI is about 9%, which is quite good.  That assumes a cash payment and you live in your home for 8 years or more.  If you finance the system, it will reduce your ROI by roughly the interest rate you pay for financing.

What if you move?  Installing a residential solar system is a home improvement, and like most other home improvements it helps to increase the value of your home.  Adding solar to your home is the best kind of home improvement there is because it reduces the cost of home ownership.

So how does it all work?  How exactly does solar save you money?  It all works by a process called net metering.

That excess energy goes back to the grid, and that energy will go to your neighbors.  Your power meter will essentially go in reverse. In fact, as part of the solar installation, your power company will likely install a new special meter that will measure the amount of power sent back to the grid.

At night, when the system is not producing energy, the home consumes energy back from the grid.  Your power company gives you a 1-for-1 credit on any excess your solar system produced, up to your total consumption from the grid.

So why not just build a huge system and make money selling back to the grid?  The problem with that is that if you produce more than you consume in total, the credit the power company gives back to you is no longer 1-for-1, but is usually a much smaller fraction.

For example, say you install a 10 kW system that produces about 50 kWh per day.  Your average consumption is about 40 kWh per day. On average, the system produces 10 kWh per day more than is consumed.

That means you wouldn’t get an extra $1.30 per day for the excess.  You would only get about $0.20 per day. That means it will take longer to generate enough solar power to pay for the oversized system.

It’s best to size the system to just cover your total consumption.  If you oversize the system it makes the payback much longer, since you receive less money for excess production.

Above: A view of the Sierra’s 15 kW solar system from the southwest corner of the house (Photo: Jorge Sierra)

LIVING IN THE FUTURE

The future is now.  We can drive electric cars powered by light and are able to make the world better for generations to come.  If you’re already doing your part by eliminating tailpipe emissions, consider taking it a step further by ensuring your transport is powered by clean energy.  You can even save money doing it!

Editor's Note: In addition to third party solar options available (as noted in the article), Tesla also offers some compelling options for their own solar products.