Volvo Says All Models Will Get Plug-In Recharge Versions 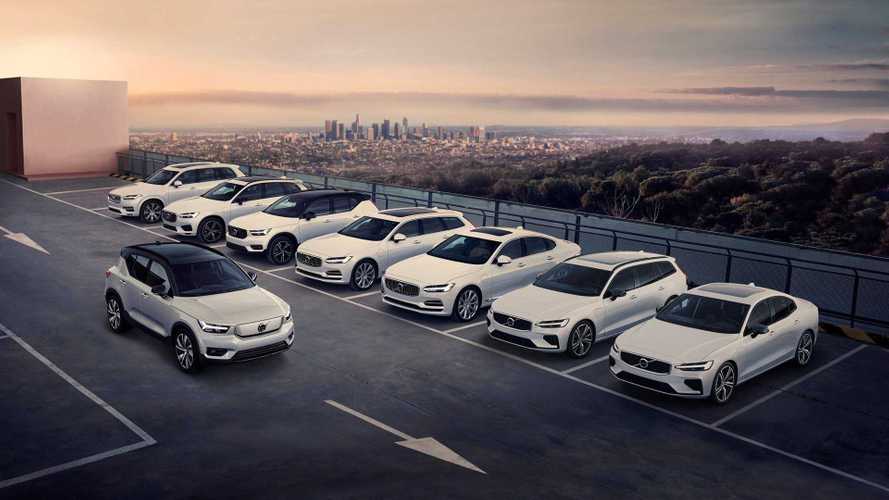 By the way of unveiling its first all-electric production model - XC40 Recharge - Volvo launched a type of subbrand Volvo Recharge, which will be applied to all plug-in models.

"Every Volvo model in the range includes a Recharge option, from the XC40 small SUV, via the 60 series cars to the company’s flagship, the XC90 large SUV. Volvo Cars is the only car maker to offer a plug-in variant of every model in its line-up."

The key thing is that not only all-electric models will be signed Recharge, but plug-in hybrids too. It seems that to distinguish BEVs from PHEVs we will have to pay attention to the additional symbols:

# means the number of the version. For example, the top of the line all-electric XC40 is XC40 Recharge P8, while the plug-in hybrid is called XC40 Recharge T5 (T from Twin Engine).

It will take some time to complete the transition to the new naming scheme. Conventional gasoline and diesel models (T or D) are expected to gradually be replaced by electrified powertrains.

Volvo already announced that plug-in hybrids will account for 20% of overall sales in 2020 (the first BEV hits the market in late 2020).

To achieve such a high share of plug-ins, Volvo is gearing up to triple production capacity of Recharge cars:

"To meet the anticipated growth in demand for its Recharge cars, Volvo Cars will triple production capacity for electrified cars and will, as of next year, prepare a Designer’s Choice selection of popular Recharge models, offering the potential for radically reduced delivery times."

"From early 2020, customers entering the Volvo Cars website will first be asked whether they want a Volvo Recharge car or not. To further encourage electric driving, every Volvo Recharge plug-in hybrid model will come with free electricity for a year, provided through a refund for the average electricity cost during that period."

We are mostly focused on all-electric models and Volvo intends to launch a new BEV at a rate of one per year over the next five years (by 2025).

Share of BEV sales is expected to grow to 50% of the total volume by 2025. The remaining half will be PHEVs/HEVs. That's more than we could expect.

"Over the next five years, Volvo Cars will launch a fully electric car every year, as it seeks to make all-electric cars 50 per cent of global sales by 2025, with the rest hybrids. Recharge will be the overarching name for all chargeable Volvos with a fully electric and plug-in hybrid powertrain."

It seems that the Swedish brand is doing well since Chinese Geely took over the company several years ago. Volvo managed to develop new platforms, new models, increase sales, acquire Polestar and turn itself into a standalone brand and finally has outlined an ambitious plan of electrification ahead of other established premium brands.