Did The Tesla Model 3 Advance The Fall Of The Toyota Prius? 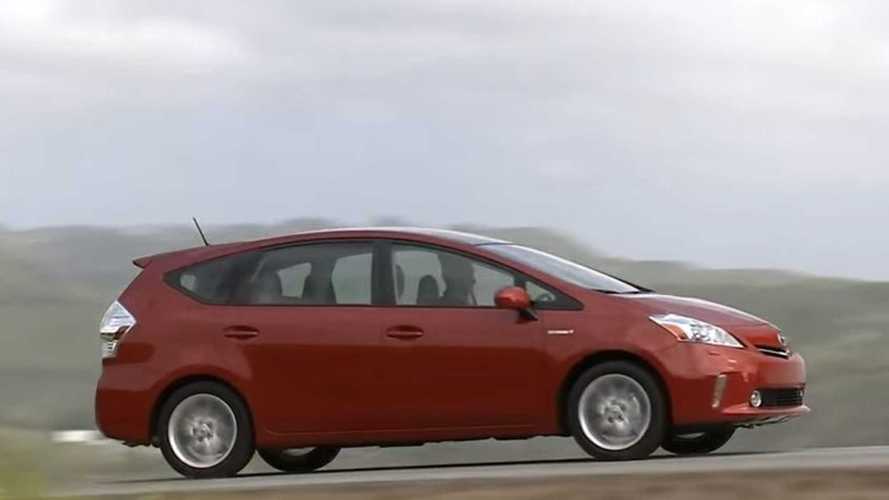 Now that the Model 3 is available, the Prius is no longer the mainstream cutting-edge of eco-conscious auto tech.

The hybrid automobile is by definition a transitional technology, so someday it will inevitably give way to pure electric vehicles. However, the rapid decline of the archetypal hybrid, the Toyota Prius, is a phenomenon that no one in the auto sphere has been able to satisfactorily explain. A recent video from CNBC (scroll below) recaps the history of this amazing automobile and looks at a few of the factors contributing to its shrinking sales.

In December, Every Fourth Prius Sold Was The Plug-In Prime Version

Now that there are over five million Pria on the roads, it may be difficult to remember what an innovative vehicle it was when it was introduced in 1997. It offered not only unprecedented gas mileage (almost 50 mpg, at a time when 20 mpg was considered pretty darn good), but a suite of high-tech convenience and safety features that were miles ahead of other mid-market cars at the time. As a long-time owner (I’m on my third) I can tell you that the Prius is an extremely reliable and practical car, with a surprising amount of cargo space.

As a few other classic cars have (the VW Beetle comes to mind), the Prius became a symbol of a certain type of consumer. Celebrity fans included not only the nerdy grandpa Larry David, but the somewhat more glamorous Leonardo DiCaprio and Cameron Diaz (more recently, the Prius was featured as Emma Stone’s ride in La La Land).

Alas, all good things must come to an end, and it’s obvious that the Prius has peaked. US sales of the Prius family hit their highs in 2012 at around 237,000, and have been slipping since, reaching 88,000 in 2018 (according to CarSalesBase). As Bloomberg reports, sales have shrunk a further 39% so far in 2019. Are overall hybrid sales down? Not really - after sliding from a 2013 peak, US hybrid sales are on the rise again, and many analysts expect the upward trend to accelerate. LMC Automotive told Bloomberg that hybrids will represent 15% of the US market in 2025, up from 2.7% in 2018. IHS Markit is even more optimistic, forecasting a 22% share for hybrids by 2025.

Above: A look at the rise and fall of Toyota's Prius (YouTube: CNBC)

What gives? Gas prices provide the go-to answer for those who would be pundits. Gas prices in the US peaked in 2008 at over $4 per gallon. By 2018, they were down to $2.25. However, this doesn’t explain the Prius’s disproportionate drop. And savvy observers know that fuel prices have never been the main motivator for going electric. Gas was even cheaper in the early 2000s, when Martin Eberhard made his famous observation that the wealthy residents of Palo Alto often had Porsches and Mercedes parked next to Pria in their driveways. “It was clear that people weren’t buying a Prius to save money on gas - gas was selling close to inflation-adjusted all-time lows,” he realized. “They were buying them to make a statement about the environment.”

Today, people who care about the environment have more automotive options. As CNBC puts it, the Prius is “no longer the cutting edge of eco-conscious driving.” The Tesla Model 3 has taken that title, and even more mundane models have caught up to the Prius in terms of high-tech features. Those who still want hybrids have many more options. Toyota offers seven different hybrid models, and its luxury brand Lexus offers six more. A recent article in Car and Driver lists 25 hybrids currently on sale in the US, including offerings from Honda, Hyundai, Kia, Mercedes, Audi, Chevrolet and Ford.

Meanwhile, as CNBC puts it, “the well-heeled eco-conscious drivers are flocking to Tesla.” There’s no question that some Prius drivers have defected to Model 3. In 2018, Tesla said that the Prius was the top model buyers were trading in for a 3, and even Toyota execs have admitted that the Californian EV is stealing sales. Electrek’s Fred Lambert finds it odd that, although Toyota seems to see the trend, it isn’t really doing anything to address it.

Above: It's possible that the Tesla Model 3 has taken some marketshare from the Toyota Prius (Image: Performance Drive)

While other automakers are scrambling to catch up with Tesla, Toyota has fallen far behind, eschewing EVs while loudly insisting that hybrids and hydrogen are superior. However, the company has recently hinted that its interest in pure EVs may be growing. In April, Toyota took a page from Tesla’s book, and announced that it would allow other automakers royalty-free access to its electrification-related patents. Since then, the automaker has announced collaborations with Subaru, BYD and DENSO.