Now we know who bought the car project. And why for.

Pay careful attention to the image above, sourced by Detroit Electric. Doesn’t the first car look just like an Aston Martin? Thanks to Automotive News and our friends at Motor1 UK, we found out it is an Aston Martin indeed. More specifically the old Vanquish.

Do you remember its project – including tooling and designs – was sold to a secret buyer? Well, it is not a secret anymore. At least since it had problems paying the agreed £20 million for the intellectual property and consultancy services, according to Automotive News. 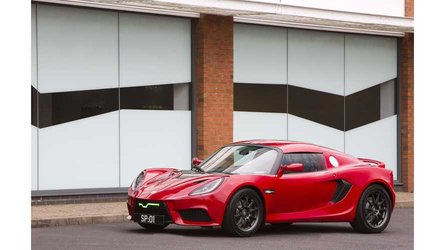 Aston Martin even posted a pretax profit in the first six months of 2018 precisely due to this deal. The reported profit was of £20.8 million.

The British company kept its lips sealed regarding who had bought the project until a call with financial analysts made them spill the beans. And the buyer was Detroit Electric, a famous electric car brand that was bought by Albert Lam, a former Lotus director.

We had never paid much attention to the teaser image released by Detroit Electric until now. And what we can see is that the Vanquish would be the stepping stone for a whole family of new vehicles.

After starting to sell a probably slightly modified Vanquish, the company would build a sedan and a crossover. If the images are to be taken into consideration, they would probably have the same wheelbase (108 in, or 2.74 m).

The problem is that Detroit Electric – which claimed to have $1.8 billion in funding – did not honor the four £5 million installments it had committed to pay to Aston Martin. Even the first one was late when the British company first reported the deal.

Now, Aston Martin has assigned £19 million as “doubtful debt”, what required it to make a provision for that amount.

Automotive News tried to get in touch with them to discover why the company did not pay Aston Martin but got no response. We also tried to reach them and got no reply so far, but will update as soon as we do, even if we suspect their reply can allow us to create an entirely new article about the electric Vanquish that never was. If it can eventually be.

34 Photos
Photo by: Steven Ewing
By: Gustavo Henrique Ruffo
++
++
Got a tip for us? Email: tips@insideevs.com