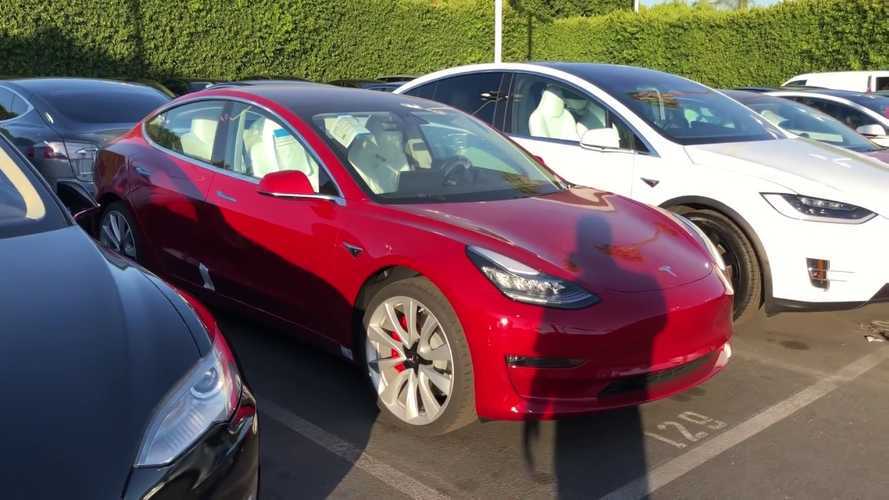 It this the way of the future?

The auto industry is famously complicated. Those who dare to build cars have to deal with global supply chains, government regulations and the ever-shifting vagaries of fashion. At the end of the assembly line however, lies one simple fact: to make money, you must deliver vehicles to customers. A few weeks ago, Tesla stock dropped through the floor because of doubts about deliveries. More recently, it soared back to healthy levels when the company announced a record 95,200 global deliveries for the second quarter.

Above: Tesla continues to ramp their deliveries (Image: CryptoNewsZ)

Whatever Tesla’s doing, it now seems to be working well, but how does the company manage to deliver these thousands of cars? As usual, we find that Tesla isn’t doing things the way the legacy automakers do them. While the latter continue to use a 20th-century sales model in which customers must drive to sprawling independent dealerships and undergo a notoriously nerve-wracking process to claim their cars, Tesla does things the 21st-century way. Buyers order their cars at their convenience online, then either pick them up at local service centers or, in some cases, opt to have them delivered directly to their homes or workplaces.

The direct-delivery program is called Tesla Direct, and Tesla quietly began using it a few months ago. The program wasn’t specifically mentioned in the recent quarterly statement, although Tesla did say, “We made significant progress streamlining our global logistics and delivery operations at higher volumes, enabling cost efficiencies and improvements to our working capital position.”

Neither Elon Musk or anyone else at Tesla has said much about Tesla Direct until now. However, a California customer recently praised the program in a tweet, saying that having a Model 3 delivered to your door in two days for free felt like an Amazon Prime service. “Yep,” replied the Iron Man. “Order online at http://Tesla.com in 2 mins & car delivered direct to home.”

Dana Hull, writing for Bloomberg, relates the experience of a buyer in the Netherlands, who had planned to pick up his Model 3 from the nearby Tesla facility in Tilburg, but instead opted to have it delivered directly to his home. “My neighbors saw it arrive, and now they want to drive it,” said proud Tesla owner Daan Hermsen.

Tesla Direct seems to be in operation in several parts of the world. Sometimes the car is delivered on a flatbed truck, and sometimes a customer service specialist simply drives it to the customer’s preferred location. Eric Okon, the co-owner of a corporate car service in New York City, had two Model 3s delivered to the company’s office in Queens in June. “It was certainly convenient,” Okon told Bloomberg. “It was a quick process - it was really easy.”

No one outside the company knows how many cars are currently being delivered via Tesla Direct. However, several industry observers believe it could be one of the keys to keeping the all-important delivery pipeline running smoothly. “Customers desperately want an easier buying process with at-home delivery,” Autotrader analyst Michelle Krebs told Bloomberg. “Elon Musk is spot-on with consumer desires.”