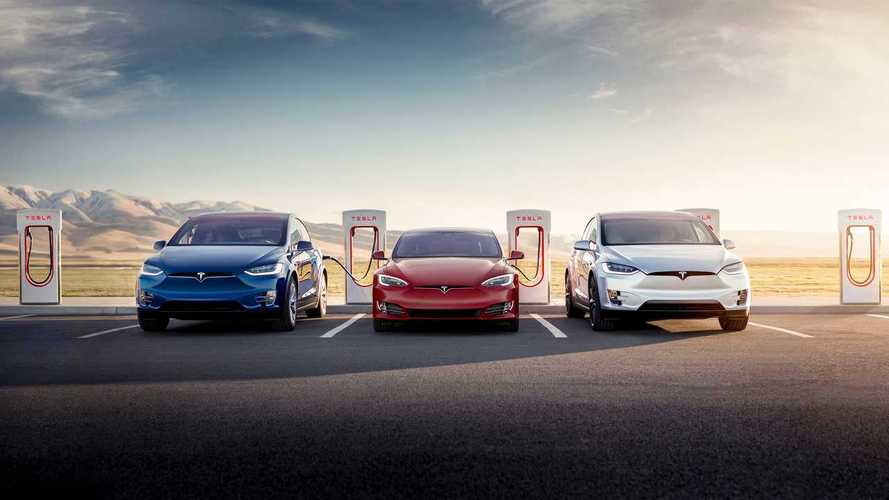 Breaking down plug-in electric car sales in the U.S. by the ability to DC fast charge and by particular standards (CHAdeMO, CCS Combo 1 aka SAE J1772 Combo, or Tesla Supercharging), Tesla emerges as a clear market leader.

Here is the number of mainstream cars sold since December 2010:

* not all plug-ins assigned to particular charging connector were sold with DC charging capability in standard, which means the real number is probably at least a few percent lower.

As you can see, Tesla sold more than 400,000 all-electric cars and the vast majority of them are enabled to DC fast charge at Supercharging network through proprietary Tesla connector.

CHAdeMO is second with more than 148,000 (including over 5,000 Mitsubishi Outlander PHEV, which doesn't really need DC fast charging on long-distance travel), but the rate of growth is low since Nissan LEAF remains the only BEV supporting the standard.

The third CCS Combo 1 for North America (Europe and most of the rest of the world have physically different CCS Combo 2 version) has up to over 118,000 and notes higher pace of growth than CHAdeMO thanks to many new models supporting the standard.

The question is whether Tesla should switch to CCS Combo 1 charging inlet in North America, just like in the case of CCS Combo 2 for the Model 3 in Europe? It would simplify the charging topic, although the huge advantage over CCS and CHAdeMO doesn't encourage Tesla to rush. Having the ability to simply charge at Electrify America ultra-fast chargers (and other major CCS networks) would be a nice addition though.