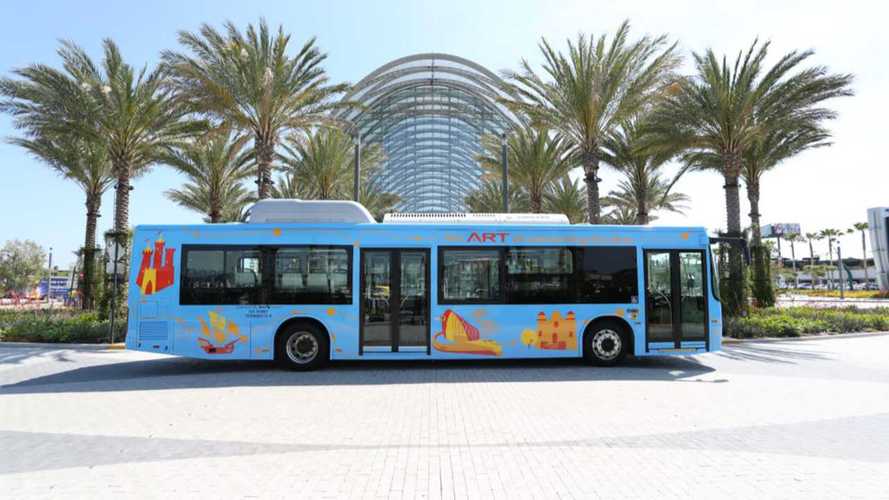 BYD scored one of its biggest electric bus order in North America as Anaheim Transportation Network (ATN) just placed an order for 40 vehicles.

ATN is a recurring customer for BYD, as the company already used four 40-foot BYD K9M over two years and seems to be happy with the outcome.

ATN is a private, non-profit transportation management association, created to develop and operate the Anaheim Resort Transit (“ART”) for the Anaheim Resort District system and surrounding areas in the city with clean fuel shuttles.

"The ATN fleet order will increase the number of BYD electric buses the agency can deploy to serve one of the nation’s busiest tourism and employment regions."

"The variety of BYD buses will allow ATN to efficiently service a range of routes in the Anaheim Resort™."

“We’ve been operating four of BYD’s 40-foot K9Ms on our routes over the past two years, and based on their performance, we are confident in BYD’s quality product and their support of our efforts to electrify our fleet. These new buses will provide ATN a 57 percent zero-emission fleet by 2020.”

“Residents and visitors to the Anaheim area will enjoy the benefits of a quieter ride, a cleaner environment and the reliability of zero emission buses manufactured by BYD. We’re proud to help ATN reduce the region’s carbon footprint.”

"Each year more than 9.5 million residents, visitors and employees use ART to connect with local destinations and the iconic ARTIC regional transportation center as part of the citywide #ElectrifyAnaheim program.

ATN was one of 28 California projects selected in 2018 to receive a grant from the Transit and Intercity Rail Capital Program (TIRCP), which provides awards from the Greenhouse Gas Reduction Fund to help finance transformative, reduction-of-emission capital improvements. In addition to TIRCP, ATN was also awarded funds for this significant project from the State of California HVIP vouchers, Anaheim Tourism Improvement District and the City of Norwalk. The bus order will be placed through two existing statewide contracts in Washington and Georgia, which local governments and transit agencies can access to benefit from the leveraged purchasing power, convenience and competitive pricing of these pre-established contracts – saving time and money."