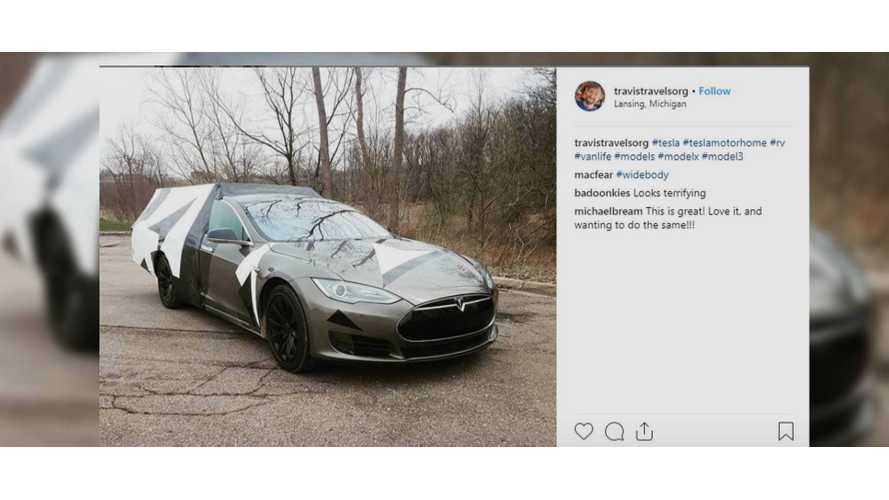 We can’t begin to count all the news snippets, tweets, Facebook posts, and direct email queries we see on a daily basis that involve some kind of amazing new machine with fantastical abilities. Such things in the automotive realm often fall into the vaporware category – something incredible in theory but never evolving beyond a design sketch. That’s why we grin like crazy when one of these projects actually become a reality.

Watch Jaws Of Life Demo On 2018 Tesla Model 3
A couple weeks back we mentioned a person by the name of Travis Rabenberg, who had plans of converting a Tesla into a cool RV. He calls it the Tesla Roamer, and it basically swaps the back half of a Tesla Model S P90D for slab-sided living quarters with an expandable roof. In the most basic of terms, it’s a Tesla motorhome and the drawings made it look pretty cool, if a bit odd. As you can see above from Travis’ Instagram page, things have progressed beyond the drawing stage. 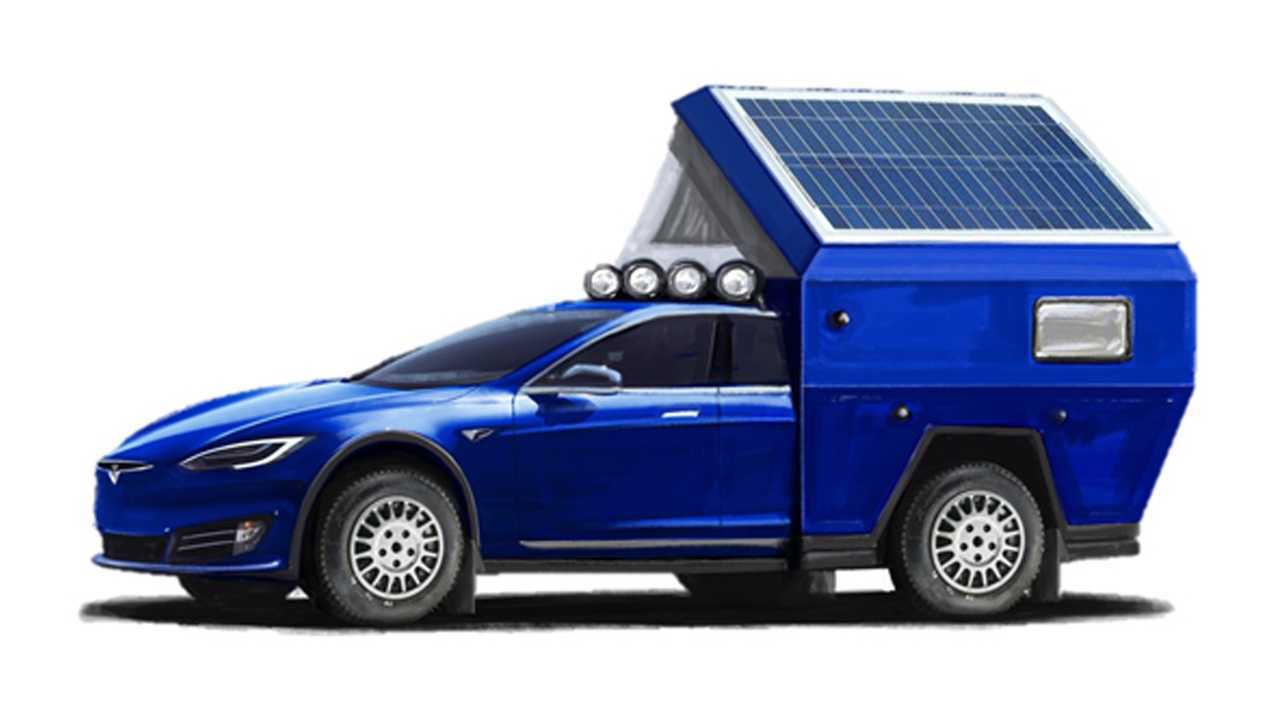 The original report mentioned the Tesla Roamer as having a public debut coming soon, like within a week. In an email to Motor1.com, Rabenberg explained that a debut should take place this week though it will only involve the exterior work. It’s not a completed prototype by any means; Rabenberg said the final version of the prototype is still months away and we’ll be able to see the interior then. But the Tesla Roamer does officially exist in real life, and yes, we’re grinning like crazy.

When it’s done, the Tesla Roamer should have a bed, sink, toilet, and on-board water storage. The roof will incorporate solar panels to generate 1,000 watts of electricity, and yes, it will also go like a Tesla. In fact, Rabenberg is hoping to set a new Guinness World Record for RVs with his creation, and 150 mph is his target top speed. He’s also planning to take it on a cross-country tour when completed, and next year he’s planning an adventure across Europe to show the Tesla Roamer at the 2020 World Expo in Dubai.