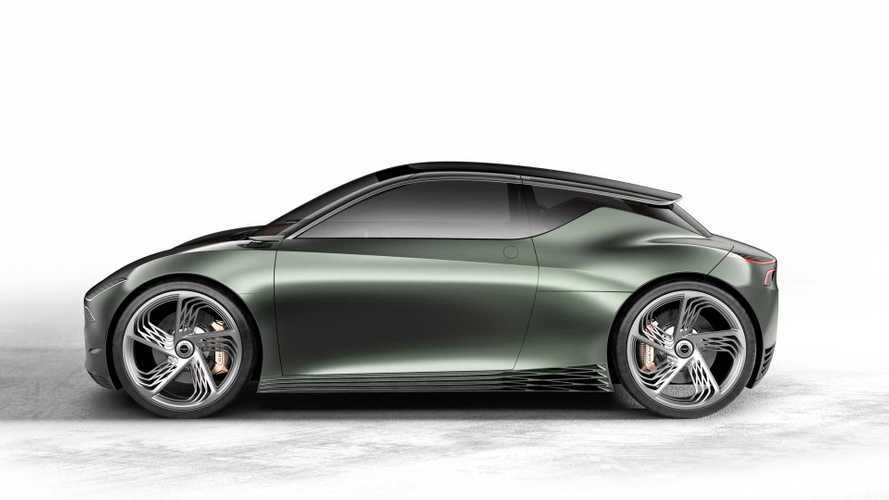 It's billed as an exhilarating city car with a minimalist approach to luxury.

We knew an electric concept from Genesis was coming to New York, but a compact city car isn’t what we were expecting. In fact, the teasers leading up to this reveal seemed more interested in talking about the location – in this case, Hudson Yards – than the vehicle itself. We’ll assume that was an intentional misdirection, because this quirky little car called the Mint Concept is certainly a departure from what we’ve seen previously at Genesis.

In short, this suave two-seater is designed to be easy to maneuver around town while also being exciting to drive. Genesis doesn’t offer details when it comes to power or performance, but we are told the concept offers an estimated range of 200 miles with 350KW fast-charging capability. That should be plenty for shopping trips around town, and even for jaunts in the country where presumably, the car’s fun-to-drive aspect can be explored further.

With the Mint being a small car, Genesis designers exercised a minimalist approach to the interior in the name of creating maximum space. There is no center stack or large infotainment screen – the oblong steering wheel incorporates a small touchscreen and is flanked by a series of large buttons for quick access to key systems, one of which appears to be a telephone. The warm colors and glass roof creates a very open feel, though judging by the complete lack of bolstering in the seats we’re scratching our heads as to how much fun this car would be around corners. Still, it doesn’t seem to be hurting for space, and the weird reverse-scissor rear doors in place of a trunk or hatch are interesting. Genesis says this provides easier access to the parcel shelf behind the seats.

“As a brand, Genesis embraces progressive design values, and the Mint Concept reinforces this commitment from a previously undiscovered perspective,” said Manfred Fitzgerald, executive vice president and the global head of Genesis. “Mint belongs in the city, and we are proud to introduce our evolution of the ideal city car in New York.”