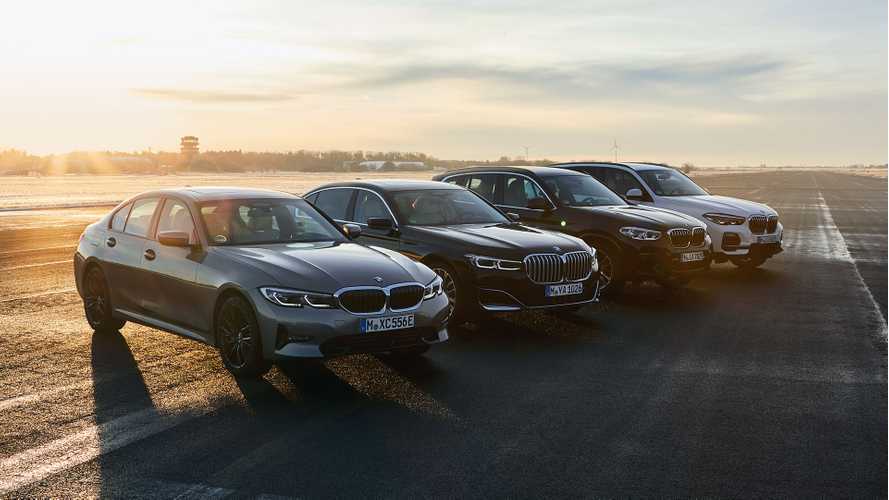 German luxury automakers are all optimistic and confident about EVs. But BMW is taking a decisively different direction from Audi and Mercedes when it introduces the company’s new vehicle platforms starting in 2021. Wieland Bruch, BMW’s communications manager for electromobility, clearly articulated the company’s forward-looking EV strategy to us from the sidelines of the Geneva Motor Show last week.

“When we started with BMW i five years ago, we felt it was the time for fully electric cars,” Bruch told me. He explained that the BMW i3 was built on an EV-only platform and, at the time, the company expected to produce other Bimmers that would exist only as an electric vehicle.

“Then we started selling the BMW i3, BMW i8, and our plug-in hybrids in 74 markets around the world,” said Bruch. “Our big learning was that electric mobility is picking up speed very differently from market to market and that it will definitely be a longer transition from the combustion engine to completely electric mobility.”

Because the 70-plus BMW markets are at different stages of readiness for EVs, all new BMW platforms from 2021 will be built to accommodate a combustion engine, plug-in hybrid, or pure electric powertrain. “Other manufacturers now introducing electromobility will start with solitary electric platforms,” said Bruch. “But nobody has announced flexible platforms like BMW.”

Bruch acknowledged that Hyundai-Kia did something similar, but no other European luxury automaker has followed suit. He also explained that the upcoming BMW ix3 and iNext models are one-offs coming before the platform shift in 2021.

BMW will use a precise badging for future electric vehicles built on these flexible platforms. Fully electric versions get an “i” prefix. In other words, a pure battery-electric version of a 5-series would be dubbed as an i5. The plug-in hybrid version places an “e” after the model name, such as 530e.

The timing for when pure electric and plug-in hybrid versions are introduced is not yet determined. The electrified models will roll out over a seven- to eight-year product cycle beginning in 2021 – so by the end of the decade, the entire BMW portfolio will become available with all three different propulsion systems.

“We are massively behind electrification,” said Bruch. “But it’s not going to be all of a sudden that the switch gets turned and we all drive electrically. It’s a longer way.” He clarified that conventional hybrids are not included in this strategy. “A non-plug-in hybrid for us is not electrification,” he said. “Only a car that can cover a substantial distance fully electrically deserved to be called an electrified car.”

The driving range will depend on the model, but BMW is targeting – using the generous WLTP standard – as much as 100 kilometers (62 miles) for plug-in hybrids and 700 kilometers (435 miles) for pure EVs. That might very roughly translate to real-world ranges of 45 miles in a plug-in hybrid and 350 miles in an EV. Bigger vehicles will get bigger batteries with more range than smaller cars.

While the timing for the roll-out is not established, BMW has committed to introducing 25 electrified models by 2025. And by that time, the company says 25 percent of its global sales will be pure electric or plug-in hybrid. (Twelve of those 25 models will be pure EVs.)

Here’s the takeaway: BMW was earlier than its competitors to the market with a dedicated EV and platform. And according to Bruch, it learned hard lessons about how long it takes for consumers in some markets to overcome concerns about cost, range, and charging. That sent BMW back to the drawing board, resulting in its flexible approach. Meanwhile, other German luxury automakers are only now rolling out EVs. They believe that dedicated EV platforms are the only way to go.

Of course, a selection of 25 electric models in a BMW showroom is a big step forward. At the same time, 75 percent of BMW sales in 2025 is expected to be internal combustion. “It’s a glorious future for electric cars, but there is still quite a future for conventional cars,” said Bruch. “Nobody should think that there will be no combustion-engine vehicles anymore from BMW.”