How can Tesla and other companies with public charge points help EV drivers? Here's how!

We've heard a ton lately about ICE car drivers occupying EV charging spots (and more specifically Tesla Superchargers). This may be by mistake or due to laziness or flat-out on purpose.

Nonetheless, this is not a new phenomenon and will continue to be an issue. It's one thing if an ICE car driver pulls into a close spot at the mall, which is also one of the few EV charging spaces available at the place of business. But, if it's in a  attempt to harass, it's a different story entirely. 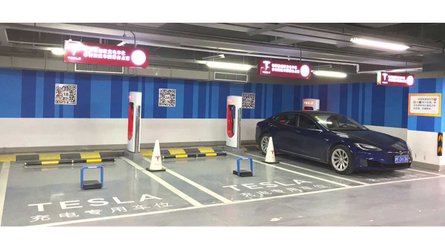 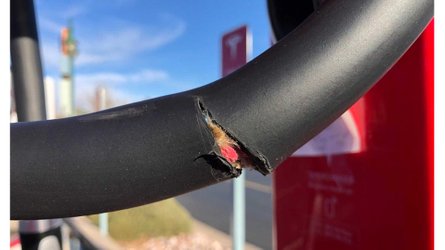 While this surely sucks, it's going to happen just as much as drivers pull into handicap spots because they're lazy or occupy pickup-only (not for pickup trucks but those picking up groceries or goods) lanes at grocery stores or restaurants.

But, what if an ICE car could simply not occupy such parking spots without damaging their cars? This latest technology shows a way to curtail such issues. In the case that EVs are able to have a sensor that will lower an obstruction that ICE cars can't get past, this is a huge step forward.

Reportedly, Tesla is already testing such a technology. However, it has yet to be seen in the U.S., but rather is in place at some Supercharger stations in China, as we already stated. Now, Tesla owners in Taiwan are seeing it in action, too.

Below is a look and some analysis of the current circumstances. This is clearly not a situation of drivers misunderstanding the use of the spots, but clearly purposeful "ICE-ing" of EV charging spaces as a form of protest against Tesla and/or EVs in general. Not to mention the reality that these pickup truck drivers have showed up as a team and are not unwilling to cuss at Tesla owners and try to pick fights: