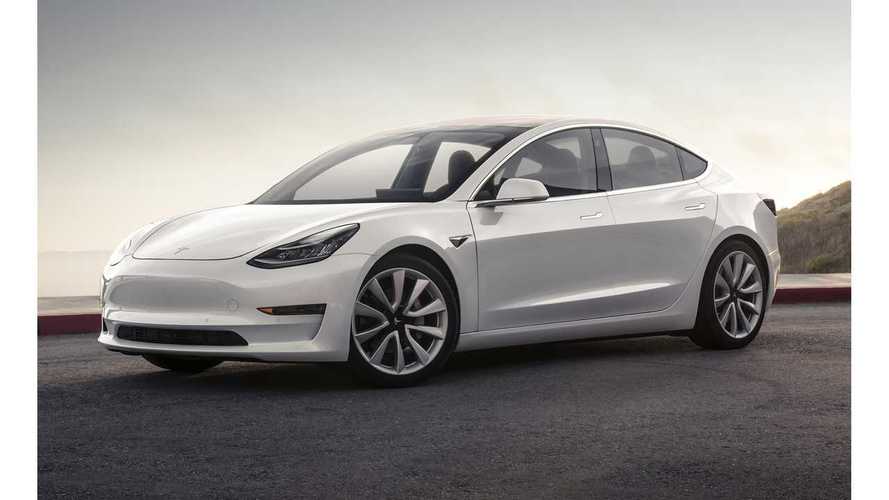 Not that we didn't expect it to be. However, Tesla reports growth upon growth in this just-released Q4 2018 production and delivery report.

December 2018 EV Sales: What To Expect? (Plus Tesla / GM Estimates)

According to the automaker, Q4 saw a production rate of nearly 1,000 vehicles per day. This, it says, led to records in production and deliveries.

Here are the vital points of info:

Moving to deliveries, the Model 3 set a new all-time quarterly record. Per Tesla:

And for the whole of 2018, the numbers shake out like this:

This line from the release is highly interesting too:

More than three quarters of Model 3 orders in Q4 came from new customers, rather than reservation holders.

Lastly, here's a not on inventory and in-transit vehicles:

Full press blast from Tesla below:

PALO ALTO, Calif., Jan. 02, 2019 (GLOBE NEWSWIRE) -- In Q4, we produced and delivered at the rate of nearly 1,000 vehicles per day, setting new company records for both production and deliveries.

Our Q4 Model 3 deliveries were limited to mid- and higher-priced variants, cash/loan transactions, and North American customers only. More than three quarters of Model 3 orders in Q4 came from new customers, rather than reservation holders.

There remain significant opportunities to continue to grow Model 3 sales by expanding to international markets, introducing lower-priced variants and offering leasing. International deliveries in Europe and China will start in February 2019. Expansion of Model 3 sales to other markets, including with a right-hand drive variant, will occur later in 2019.

Moving beyond the success of Q4, we are taking steps to partially absorb the reduction of the federal EV tax credit (which, as of January 1st, dropped from $7,500 to $3,750). Starting today, we are reducing the price of Model S, Model X and Model 3 vehicles in the U.S. by $2,000. Customers can apply to receive the $3,750 federal tax credit for new deliveries starting on January 1, 2019, and may also be eligible for several state and local electric vehicle and utility incentives, which range up to $4,000. Combined with the reduced costs of maintenance and of charging a Tesla versus paying for gas at the pump – which can result in up to $100 per month or more in savings – this means our vehicles are even more affordable than similarly priced gasoline vehicles.

Tesla’s achievements in 2018 likely represent the biggest single-year growth in the history of the automotive industry. We started the year with a delivery run rate of about 120,000 vehicles per year and ended it at more than 350,000 vehicles per year – an increase of almost 3X. As a result, we’re starting to make a tangible impact on accelerating the world to sustainable energy. Additionally, 2018 was the first time in decades that an American car – the Model 3 – was the best-selling premium vehicle in the U.S. for the full year, with U.S. sales of Model 3 roughly double those of the runner up.

We want to thank our customers, suppliers, investors, and especially our employees, who worked so hard to accomplish this.

Our net income and cash flow results will be announced along with the rest of our financial performance when we announce Q4 earnings. Our delivery count should be viewed as slightly conservative, as we only count a car as delivered if it is transferred to the customer and all paperwork is correct. Final numbers could vary by up to 0.5%. Tesla vehicle deliveries represent only one measure of the company’s financial performance and should not be relied on as an indicator of quarterly financial results, which depend on a variety of factors, including the cost of sales, foreign exchange movements and mix of directly leased vehicles.