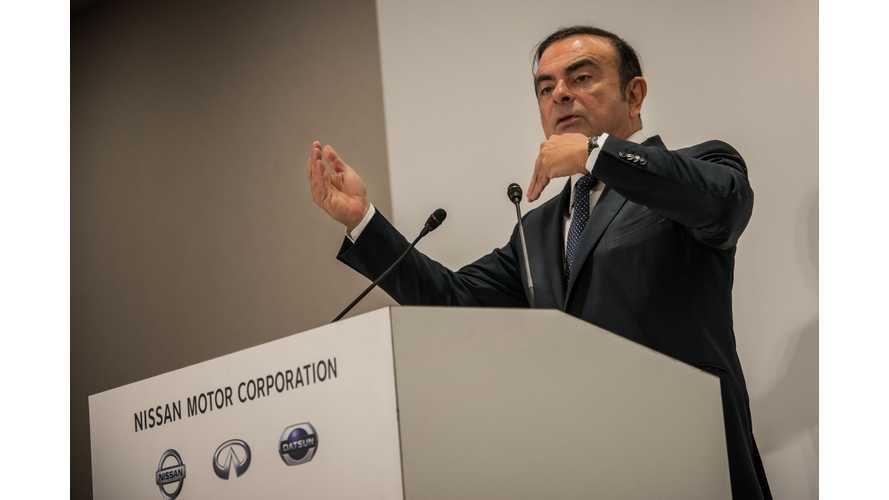 It's totally unfunny to be sent to jail for 10 days, every 10 days.

Before the end of the year, the Tokyo District Court decided to extend the detention of Carlos Ghosn who leads the Renault-Nissan-Mitsubishi Alliance – by another 10 days, to at least January 11, 2019. Greg Kelly, who was arrested together with Ghosn in November, was released from jail on December 25 after being granted bail. Both deny any wrongdoing.

It's already clear that we will not see Carlos Ghosn at CES or NAIAS, which makes us wonder about the unveiling of the Nissan LEAF e-Plus with 60 kWh or so battery.

Japanese law allows detaining suspects basically endlessly if prosecutors decide to add more allegations (re-arrest) or ask for extensions (typically by 10 days each). Even on bail, Ghosn will not be able to leave Japan or maybe even some hotel without a special permit.

It means that the world biggest automotive group - Renault-Nissan-Mitsubishi Alliance - which sells the most cars annually, is in a difficult situation. As the Alliance delivered also the highest number of plug-in cars, we are concerned over the direction of the company under new management (Ghosn probably will be busy in court after he's officially accused).

Carlos Ghosn Unanimously Discharged By Nissan Board of Directors

Carlos Ghosn Discharged As Mitsubishi's Chairman of the Board

Forbes quotes speculation that the entire case is a coup by Nissan executives, including CEO Saikawa:

"In a video last month, Greg Kelly’s wife Dee Kelly alleged that the arrests of Ghosn and her husband, which were first reported to be the act of a whistleblower, were, in fact, the result of a coup by Nissan executives, including Saikawa. Analysts in Japan have speculated that Nissan executives were uneasy about the possibility of Ghosn seeking a full merger, a move that would give the French company even more control than the 43% voting stake it has in Nissan now. And with the French government being the biggest shareholder of Renault, this fact explains Nissan’s concern that Renault could focus on the best outcome for the French economy and not the alliance. The French, for their part, feel that the charges against him appear somewhat contrived as similar behavior by other senior Japanese executives at other major corporations has not resulted in this kind of treatment."