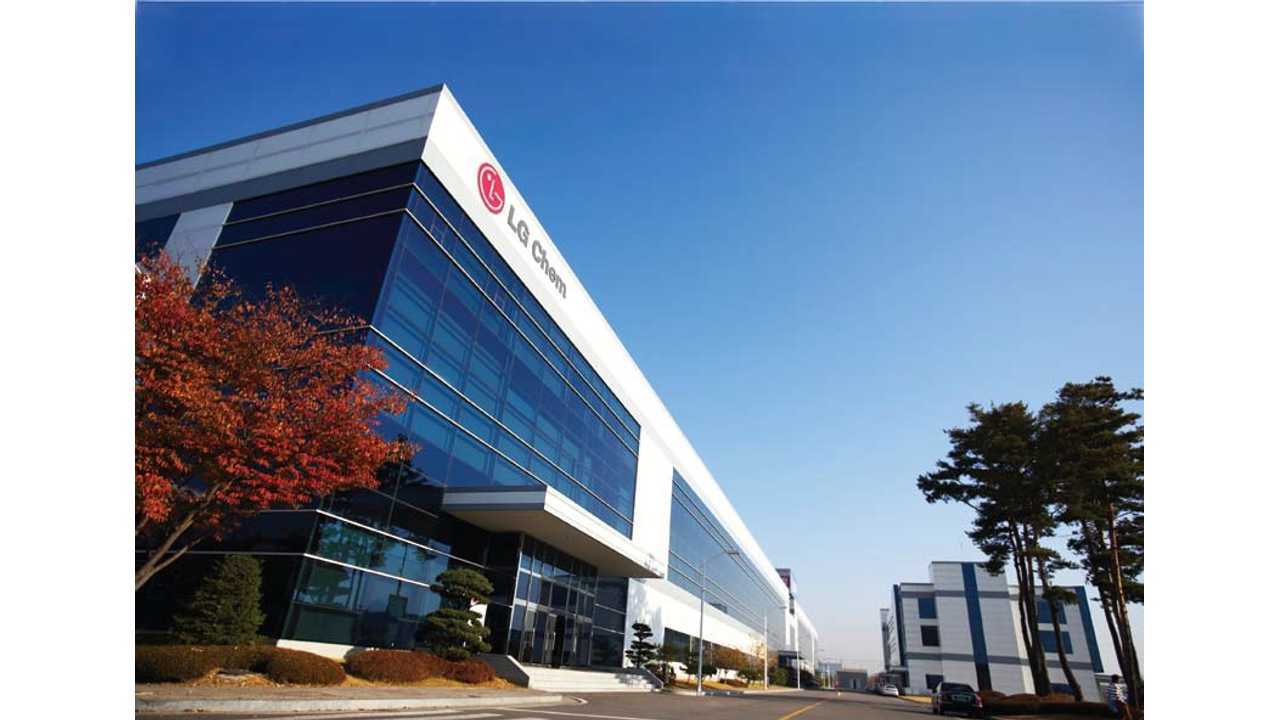 LG Chem readies for NCM 811 pouch battery cell production with CATL and Samsung SDI in the race too.

The South Korean LG Chem battery company - part of the larger LG conglomerate, one of the most important tech companies in the world - is getting ready for the upcoming new high energy density NCM 811 battery cells.

The NCM 811 battery cells are important for both LG and the automotive industry. They offer better energy density, allowing carmakers to utilize either fewer batteries in a vehicle with seemingly similar range, but with a lot less weight, or to enhance the range for some of their vehicles within the same volume and weight footprint. Furthermore, the NCM 811 battery cells could also drop the kWh cost to 100€, making them applicable to entry-level compact electric cars that will finally produce a decent range.

Some of the vehicles expected to get the new LG Chem NCM 811 battery cells include the likes of the Hyundai Kona EV, Nissan Leaf E-Plus, Hyundai IONIQ Electric, the second generation Renault Zoe, Opel Corsa EV, Peugeot 208 EV, and finally, the Volkswagen ID, expected to replace the e-Golf somewhere in late 2019. For the most part, the latter is the most important vehicle to receive these battery cells, pushing one of the world's biggest carmakers into the electric age.

The NCM 811 could allow manufacturers like Volkswagen to produce electric vehicles with the same competitive price as their ICE (Internal Combustion Engine) counterparts. This even pushed VW to not release the next generation Golf 8 with an electric powertrain, instead of opting in for a completely redone successor - the ID - to hit the world in 2019, featuring the MEB platform.

LG Chem has seemingly been dragging its heels in regards to putting NCM 811 into production, which means that both Samsung SDI and CATL are close to launching NCM 811 too.

Yes, our source listed below is old. But new information indicates now that NCM 811 is literally right around the corner. But as mentioned above, the race is on. There's a chance the LG Chem won't be first now and that's why several recent tie-ups between automakers and battery producers have swayed the way of CATL, who it seems may be leading this charged up race.