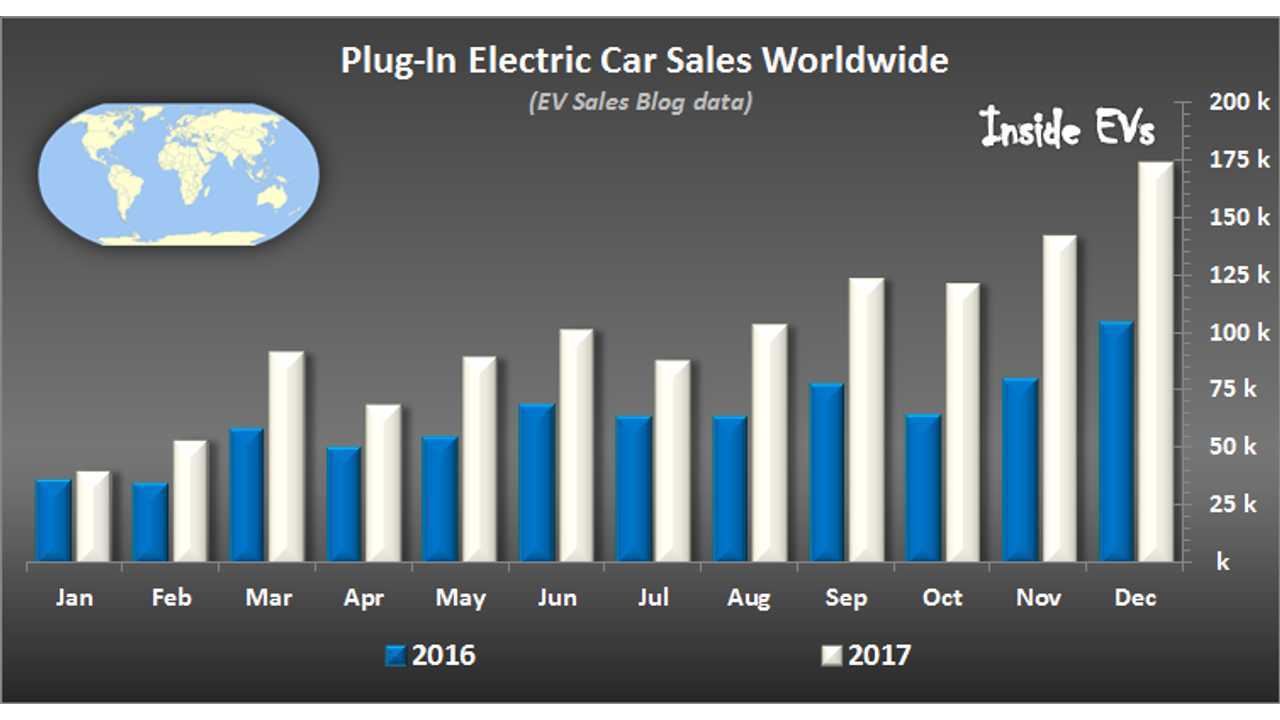 The year 2017 was, once again, a record-setter for plug-in electric cars. Sales entered growth mode and surged to all-time highs.

In December, we saw a new monthly record of around 173,000 sales (up 67% year-over-year) of plug-in electric cars globally.

The BAIC EC-Series didn't give any other car a fighting chance to be the first. With more than 13,000 sales in December alone, the Chinese city BEV ended the year with 78,000.

Chevrolet Bolt EV (with Opel Ampera-e included) managed to stay within the top 10.

In the case of manufacturers (or rather, particular brands), BYD won the rank for the third time in a row thanks to over 109,000 plug-in cars sold in 2017.

There is huge gap between the top four brands and the rest.

Just to have a comparison we would like to add the numbers for the hydrogen fuel cell cars, which noted only 3,382 deliveries for all of 2017 - growth of 46% is lower than in the case of plug-ins, too.

Our thanks to EV Sales Blog for tallying up and estimating the individual sales by OEM.
++
Got a tip for us? Email: tips@insideevs.com