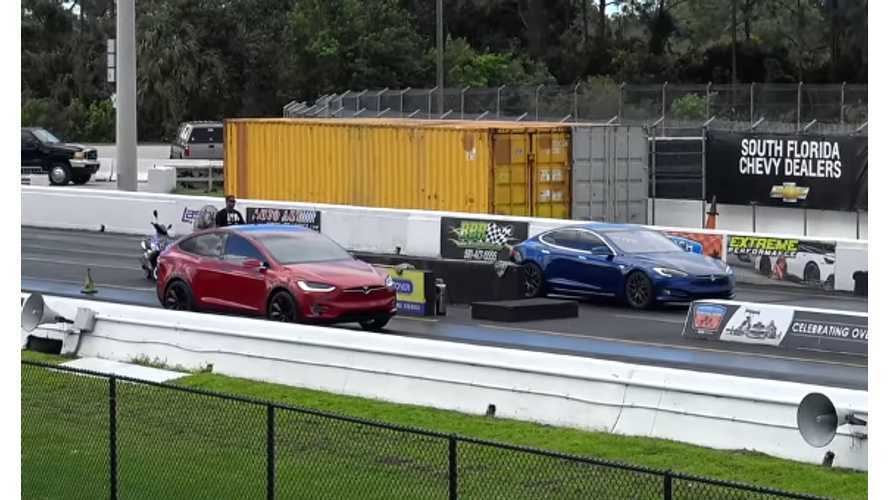 Ok, this is for sure one of those drag race videos that you know the result before it even starts. Everybody knows that Model S is quicker than the Model X.

However it is still interesting to watch the two vehicles against each other, and how smooth and silent an all-Tesla duel on the strip can be (if only the cars next in line would quiet the heck up).

"Tesla Model S P100D takes on a Tesla X P90D. Both Tesla's have front and rear electric motors that divide the work load. The P100D is rated at 680 combined horsepower, whereas the P90D is rated at 532 Combined HP. In spite of being down a claimed 150 HP, the P90D holds its own."