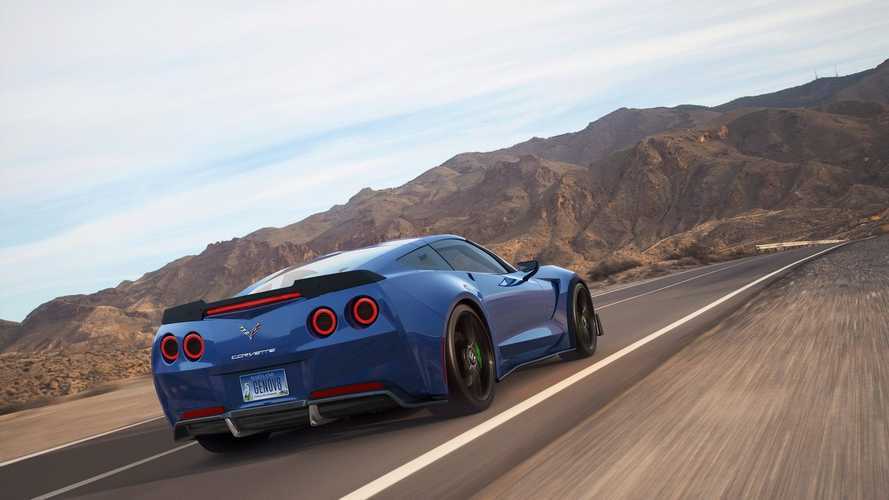 Genovation unveiled the production form of its electric conversion of the Chevrolet Corvette Grand Sport at this year's CES, and a new video has given us a better idea of what the performance EV looks like on the road. The company even gives us a chance to see underneath the body at the tech that makes this coupe so special.

At a price of $750,000, the GXE conversion costs over 10 times more than the Corvette Grand Sport coupe's $66,590 base price. However, the work provides a healthy power output upgrade. Where the standard 6.2-liter V8 makes 460 horsepower (343 kilowatts) and 465 pound-feet (631 Newton-meters) of torque, the twin-motor electric drivetrain pushes things to over 800 hp (597 kW) and in excess of 700 lb-ft (949 Nm). This is enough to get the coupe to 60 mph (96 kph) in less than three seconds and top speed allegedly beyond 220 mph (354 kph). However, the 60-kilowatt-hour battery provides a meager 130 miles (209 kilometers) of range in normal driving, though. Being more aggressive behind the wheel would mean even shorter distances on a charge.

The GXE largely maintains the Corvette's styling. A revised front fascia features a body-color mesh grille, and there's a massive diffuser at the back. Green brake calipers add a colorful flourish to the exterior. The interior shares a lot with the 'Vette, too, but Genovation adds custom touches. Each conversion is a bespoke build, so buyers are free to pick colors and materials.

Buyers need to be patient to get the GXE conversion. After putting down the required $250,000 deposit, deliveries don't begin until the fourth quarter of 2019. Genovation will only build 75 examples of the converted Corvettes.

While the GXE is pricey, it comes from a company that understands how to build a speedy EV. In March 2017, Genovation's heavily modified C6 Corvette EV set a new speed record for a street-legal electric vehicle by hitting 209 mph (336.3 kph) at the Kennedy Space Center’s Shuttle Landing facility.