Under the insistence of automakers stating they weren't able to build the manufacturing infrastructure in time, the Chinese government has removed its requirement mandating 8% of annual vehicle sales to be offset with "New Energy Vehicle" (AKA plug-ins) credits in 2018 (several can be earn with 1 plug-in sales). 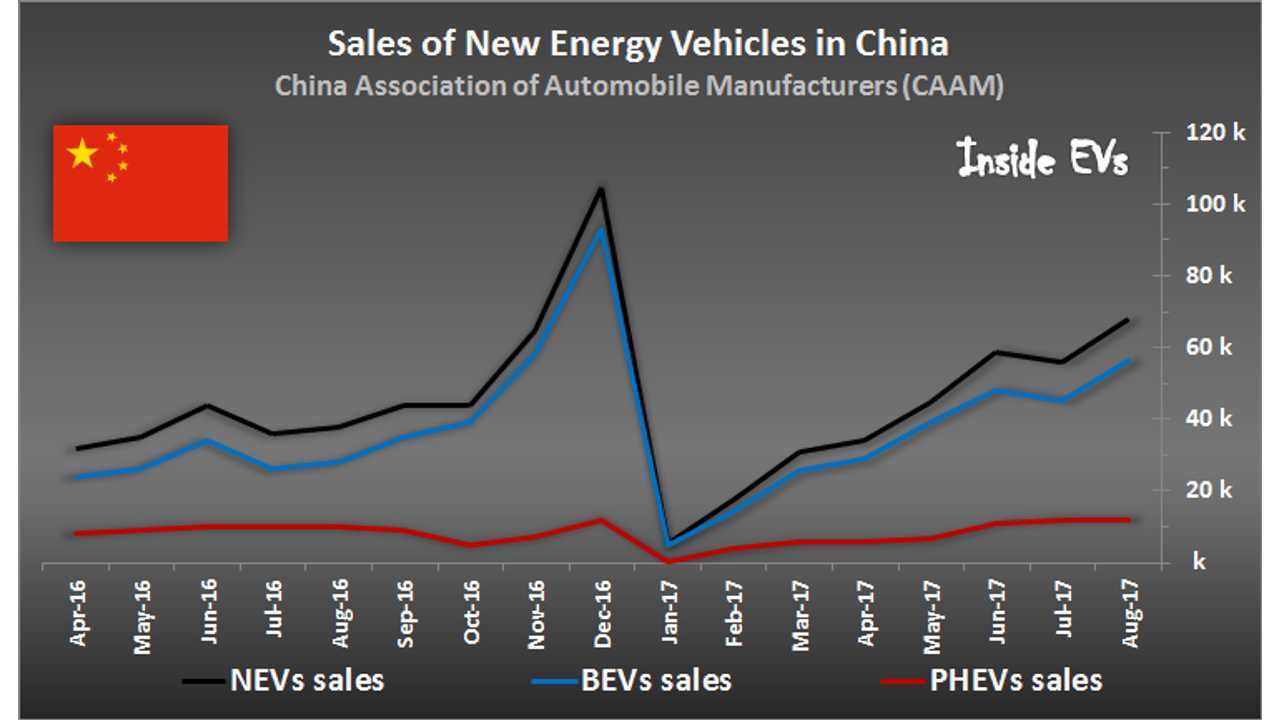 The shift towards electrification, and the lowering of emissions, isn't however endangered - as the remaining targets of 10% NEV credits in 2019 and 12% in 2020 is going nowhere.

As a result, the manufactures have the extra time that they said they required to physically build the NEVs in volume, but at the same time, didn't get the quota easing they likely were really hoping for.

Now the transition will be even steeper for OEMs next year if they aren't already prepared today for building New Energy Vehicles.

For some, it is clear that 'more time' was all that was needed to comply - as the 8% demand did not originally come with a lot of lead time.

At the same time, for others (like Honda) it is also clear they were using the difficult initial timing as a crutch to hopefully get the percentages knocked down in lieu of action or deeper investment.  Even now it appears that many of these OEMs really have put no solid plans in place to respond to the Chinese e-ultimatum.

Here is response from Ford, GM and Honda (via Reuters):

"“We welcome the Chinese auto industry’s shift towards greater adoption of NEVs and will comply with relevant regulations presented by authorities,” Ford Motor Co said in a statement responding to the announcement.

General Motors Co said it would “strive to comply with the NEV mandatory requirements”, though it added “continued joint efforts by the government and companies are essential to build broad-based consumer acceptance for NEVs”.

“GM has sufficient capacity to manufacture NEVs in China,” it said in a statement.

Japan’s Honda Motor Co Ltd said it planned to launch an electric battery car in China next year and would “try to expand our lineup of new energy vehicles” to meet the quotas."