A Long-Term Owner's Review Of The 2014 Cadillac ELR - Video 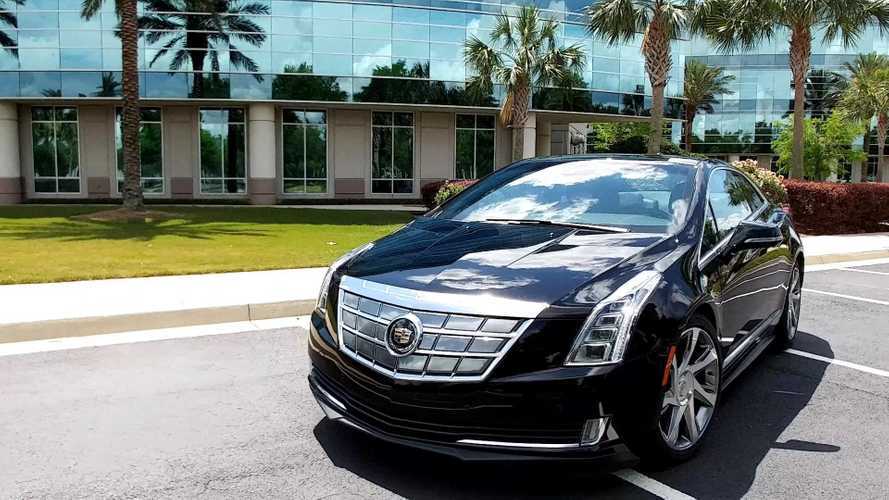 Just 2,971 examples of Cadillac’s first plug-in hybrid were made and sold for model years 2014 and 2016 in North America, according to InsideEVs, which was updated just after the video in this story was produced.

The ELR first debuted as the Converj concept in 2009 before being green lighted for production.

It was the first electric car to feature GM’s Regen on Demand, which allows the driver to use steering wheel paddles to slow down the car by using the motor, which at the same time feeds electricity back into the 16.5 kilowatt lithium-ion battery.

The 2014 ELR featured in this long-term review has just under 19,000 miles on it and has a lifetime average of 204 miles per gallon.

Although the ELR is no speed demon, its quiet, instant torque makes it feel faster than it is.

The average electric-only range was increased from 37 to 40 miles per charge for 2016 before the gasoline engine kicks in. Horsepower was also increased from 217 to 233.

In the real world, this 2014 is averaging almost exactly 37 miles per charge. It’s best range to date has been 46 miles on a charge and its worst range has been 32 miles.

The climate control system plays a big role in how far the ELR will go.

In 95 degree temperatures here in Jacksonville, Fla., it’s taken as much as 68 percent of available EV power to keep the cabin temperature at 70 degrees.

The ELR’s ride ranges from Cadillac smooth to modern-muscle car sharp with Tour and Sport modes.

Sport tightens up the steering and damping while also increasing throttle response.

There are also two more modes. Hold forces the car to run on gas, saving the electricity for later use, such as in an urban area, while Mountain forces the engine to generate a sustained charge for the electric motor to provide maximum horsepower.

As with all cars with electric motors, one of the first things you notice is the silky smooth acceleration, making it particularly appropriate for a Cadillac.

Using the T-shaped battery that originally debuted on the first generation Chevrolet Volt, the ELR recharges from flat in under five hours from a 240-volt outlet. The ELR is limited to a charging speed of 3.3 kilowatts.

When the battery hits its reserve buffer the gas generator comes on to continue providing electricity to keep the car going. On the highway at steady speeds the switch is imperceptible.

Under heavy acceleration you can hear and feel the four-cylinder engine when the ELR goes in hybrid mode, although it is noticeably more refined than the second generation Prius or Ford C-Max Energi.

Inside, the ELR’s cabin is top-notch with a configurable eight-inch LED dashboard along with BOSE speakers, Alcantara, leather, real wood, brushed metal and carbon fiber.

Both front seats are powered and include a rear-seat easy entry feature that glides the front seats forward to allow a wider rear opening. Speaking of the rear seats, legroom is okay but headroom is lacking for anyone over five foot-eight.

The fastback style and large rear window also exposes rear passengers to more heat coming from the sun, forcing front seat occupants to make sure the A/C vents are perfectly positioned for maximum air flow to the rear.

The ELR’s battery runs down the spine of the car into a T-shape at the rear, which preserves trunk space at 10.5 cubic feet and keeps a nice, low, balanced center of gravity. On the road the ELR is a joy, with the 20-inch wheels allowing for flat-cornering when the Sport setting is used.

In my opinion, the ELR is the best looking Cadillac to come out of GM’s design studios since the 1967 Eldorado.

Cadillac ELR getting a boost (via Bill Bortzfield)

In a nod to Cadillac’s past, you can see just a hint of a tailfin in the taillight’s sharp vertical angles. The ELR was also the first GM to feature LEDs for all major exterior lighting groups.

So what about downsides?

I’ve had one electrical issue that took several trips to the dealer under warranty to correct.

The power seats and power doors would die, forcing me to use the manual door release. In the end it turned out to be a loose bolt that was interrupting current from the accessory battery.

Cadillac Cue is generally good but it can be infuriating at times.

Editor’s Note: Our personal thanks to Bill for filing this written report on the 2014 Cadillac ELR for InsideEVs, you can find more reviews on his YT channel Sunshine Motoring here.