Op-Ed: Renault-Nissan Alliance Is Coming Out Of Stealth Mode

On many leading Electric Vehicle(EV) and Renewable Energy websites, there has been a growing chorus of articles and comments that Nissan has lost its way. Nissan, and its Alliance partner Renault, were the first carmakers with fully electric vehicles at the beginning of this decade (post Mitsubishin i-MiEV in Japan). While being the bestselling EV carmaker on the planet, there was not much news from them in the past years. Many interpreted this time of silence as a series of missed opportunities or even a retreat from the frontline of the EV revolution. 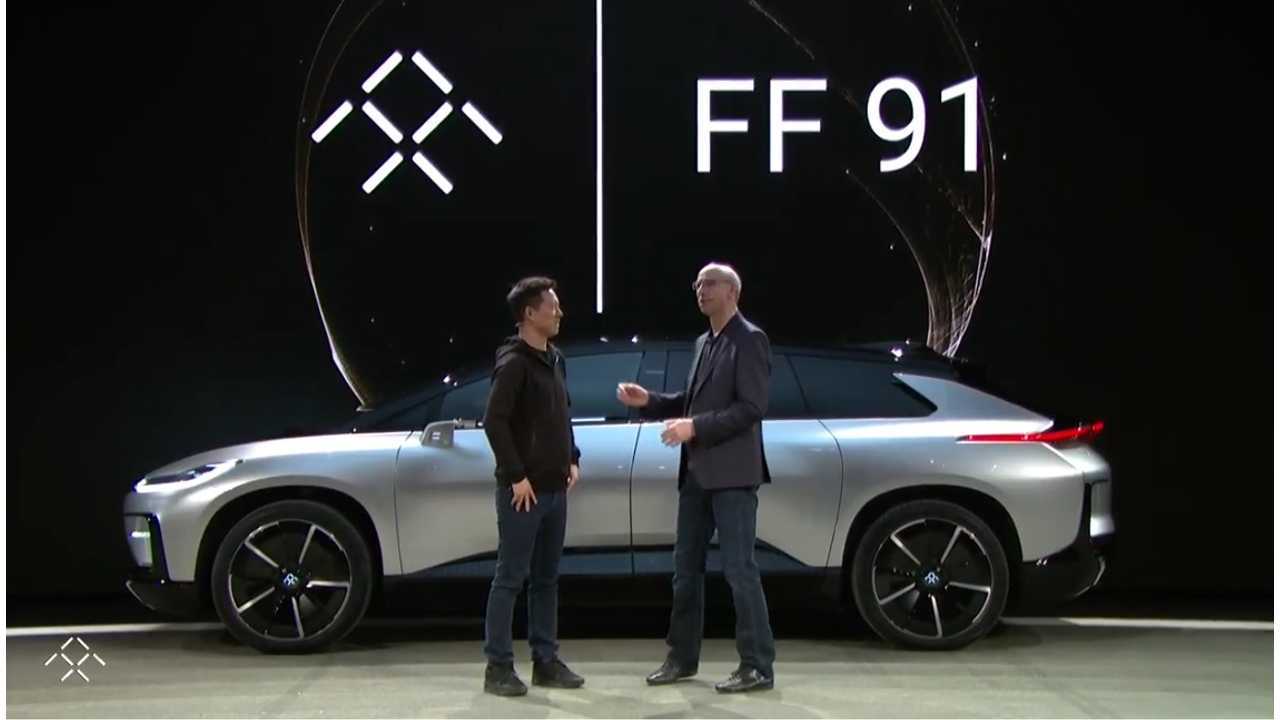 It was not only the hype from start-ups seeking the attention from investors, but even the slew of vaporware and concept cars from others that gave the impression that the new EV Champions were leaving Nissan behind.

Contrary to all those wannabee EV Champions, the Renault-Nissan Alliance did actually have a number of BEVs for sale. And as everyone who has heard about the Osborne Effect knows, you can not hype future improved products and expect your current products to keep selling.

In these last months there have been a number of developments that put the Renault-Nissan Alliance again squarely at the forefront of the EV revolution. Carlos Ghosn, CEO and President of both Nissan and Renault, gave a series of key-note speeches at the Paris Motor Show, the Las Vegas CES 2017 and the North American International Auto Show in Detroit. Combined with a number of product launches and initiatives this leads to a single conclusion. The Renault-Nissan Alliance has come out of stealth mode and is way ahead of the pack of legacy carmakers again. 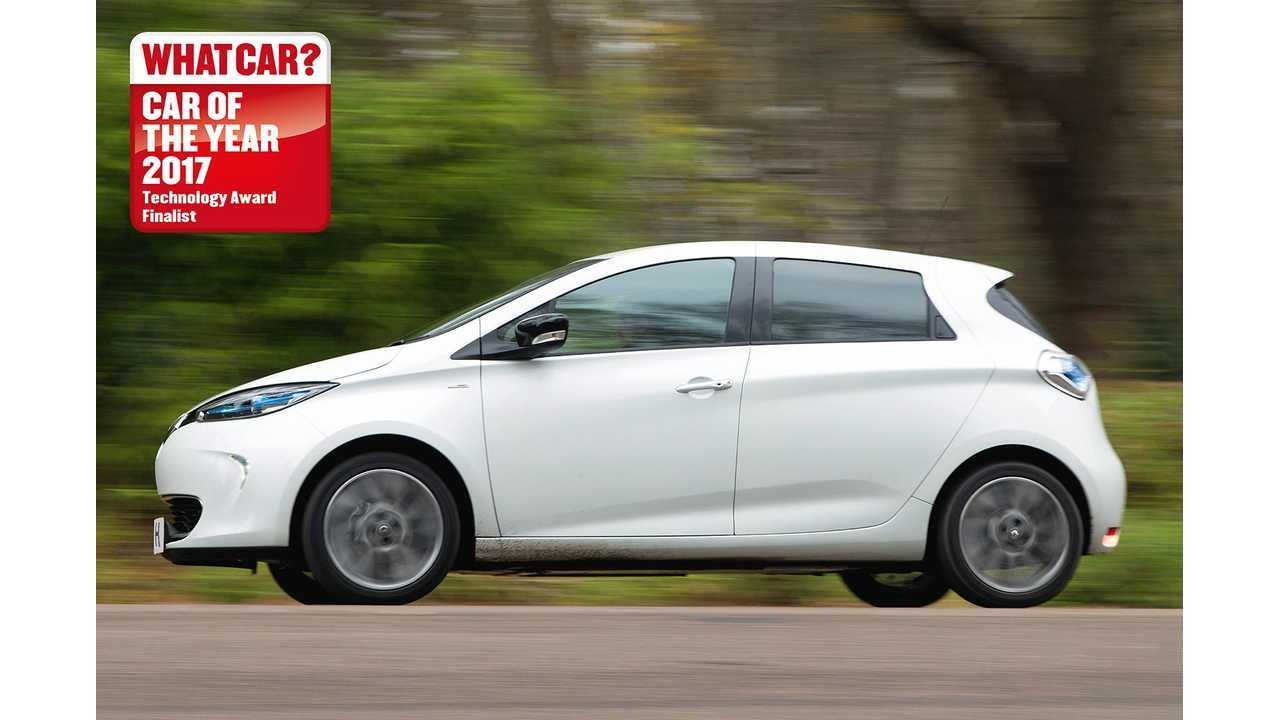 Renault gave its best-selling EV a twice as large battery and it was available for order the next day. Beating Mary Barra on the finish line in the race for the first long-range, affordable battery electric car in Europe. After a year of hype and marketing for the GM-Bolt, the Zoe stole that crown from her. This is marketing under the rules of the Osborne effect.

Just like Tesla with the AP2 sensor suite, first they started production and then after made the productannouncement. Early announcements are for the carmakers who do not have their own sales to watch, but like to slow the competitors sales. 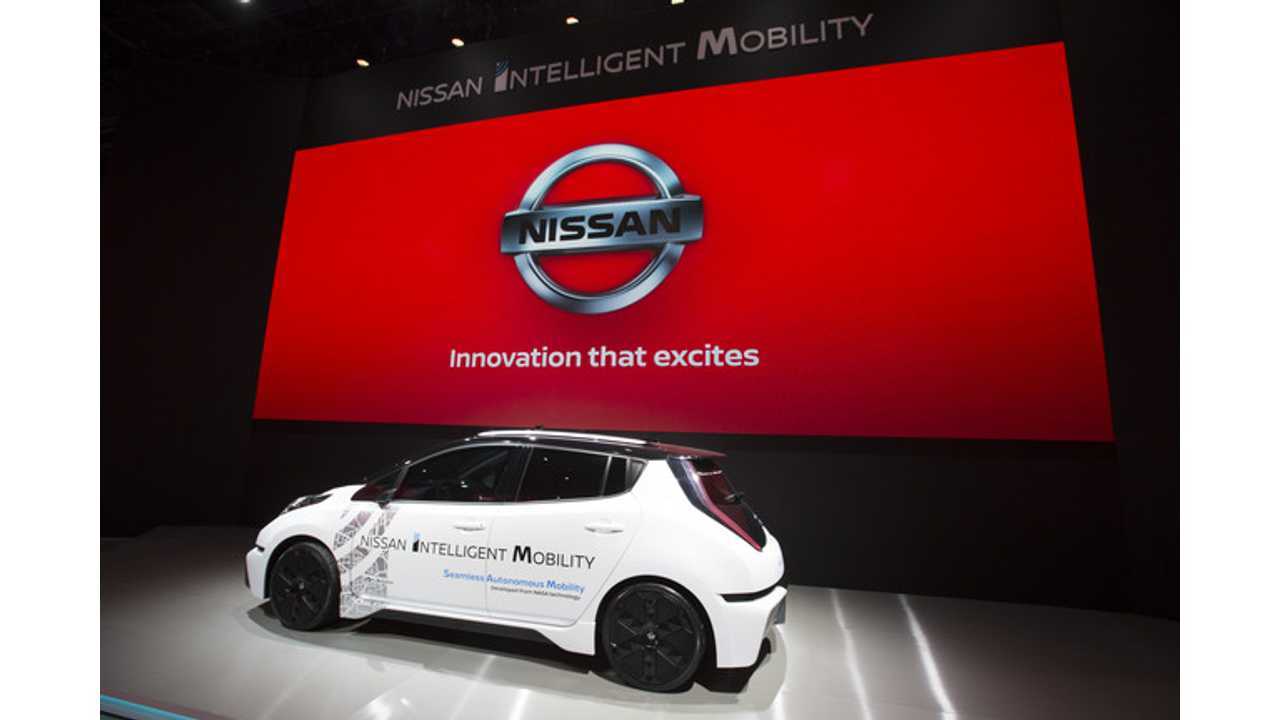 Pro-Pilot is available on the Nissan Serena minivan in Japan. The current capacities of this system are comparable with Tesla's Traffic Aware Cruise Control with Autosteer and Nissan describes it as single lane autonomous driving. The way Carlos Ghosn talked about it, it seemed like Nissan was not sure if their customers would appreciate this. Even when 60% of their customers paid $1k in the first month for this option, their reaction was reserved; it was a new gadget and sales of the option would drop. However, the sales did not drop and the users are very enthusiastic about Pro-Pilot.

Pro-Pilot is the autonomous technology that will be used by all the members of the Alliance. It will be an option on the next models of the Leaf and Zoe. It is expected to evolve to multi-lane autonomous high-way driving in 2018 and for autonomous city driving by 2020. 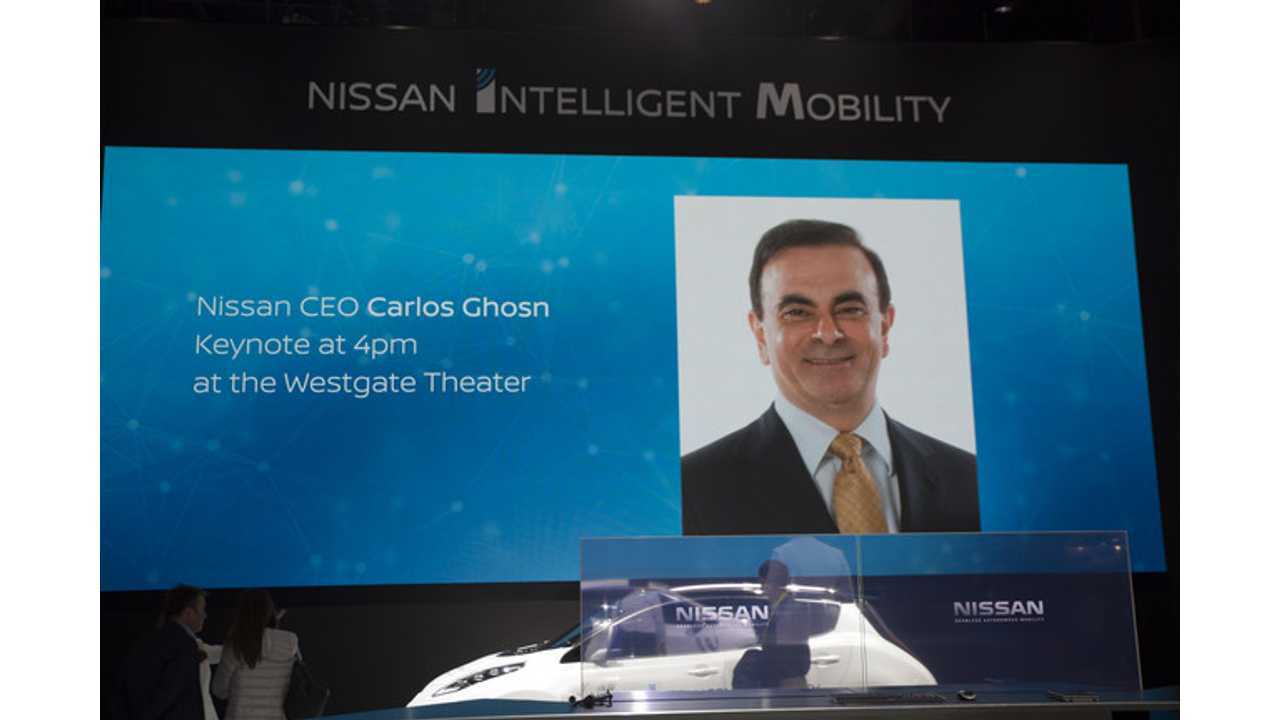 Ghosn alludes to "new" LEAF in US in January

Leaking the LEAF announcement at CES.

At the CES2017 in Las Vegas Carlos Ghosn mentioned that the next Leaf would have Pro-Pilot. Another Nissan manager confirmed that the range will be in the 200 miles category.

None of the Nissan managers prodded about this at CES could confirm a timeframe for this, but the impression they left was that it is coming soon.

At the Detroit NAIAS 2017 Carlos Ghosn referred to these comments as the announcement of the next Leaf. This can explain the many large discounts now available on the current Leafs on the dealers' lots. Knowing how careful Nissan handles the Osborne Effect, late in 2017-Q1 for the launch of the Leaf-II should not be a surprise. 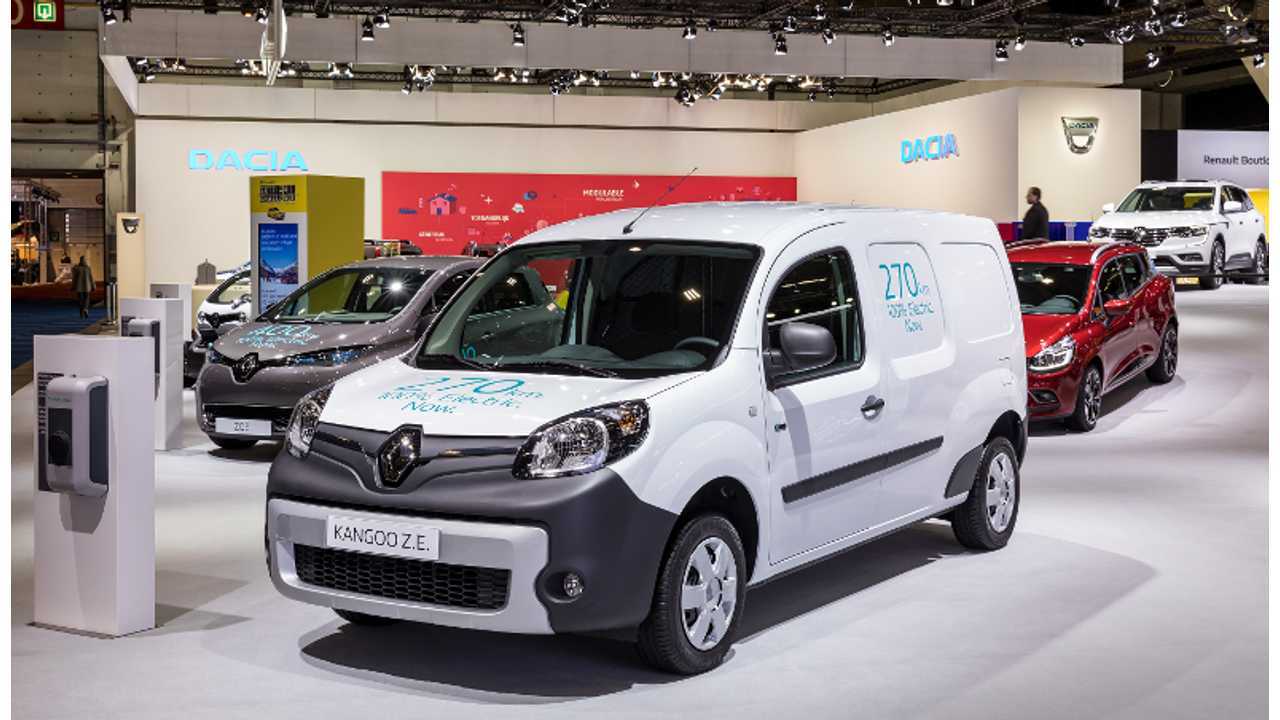 At the 95th Motor Show Brussels, Belgium, the long awaited bigger battery for the Renault Kangoo was announced. To the disappointment of EV enthusiasts, it was only a 10kWh upgrade and not a bigger one like 20kWh. The Kangoo is a typical European small delivery van, it is the workhorse for the little man. There are probably more Kangoos driving less than 10 miles a day than Kangoos driving more than 50 miles a day.

Upgrading the Kangoo to a 30kWh battery instead of  to a 40kWh one is logical. The Kangoo is in the lowest price segment of commercial vehicles and a 40kWh battery is a few thousand euro extra on the price of the car. Without use cases to justify this extra expense, 30kWh is likely the wiser configuration. 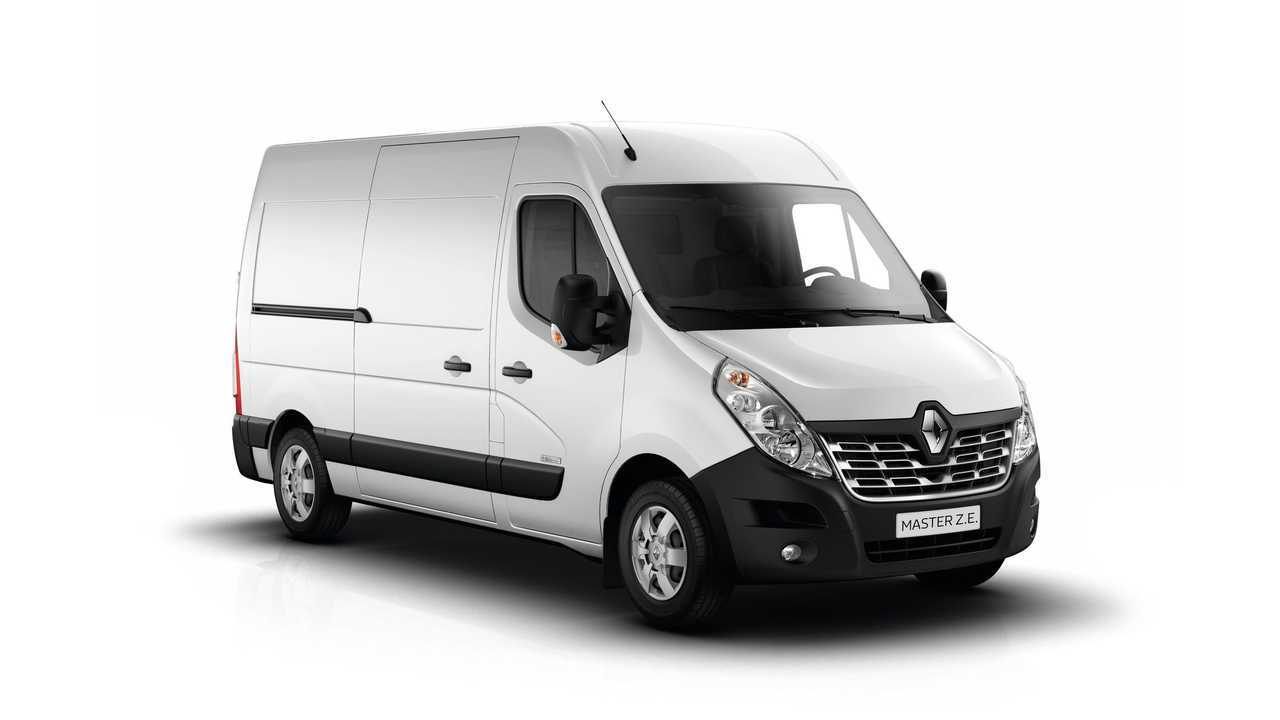 Another announcement in Brussels was the Renault Master Z.E. (details) Same battery as the Kangoo, same electric motor as the Zoe, same logic why 30kWh is the best fit and not 40kWh. These vans are sold even more by spreadsheet than by emotion than the Kangoo. For small businesses and fleet owners alike this can be a very attractive proposal.

What more to expect from the Alliance members.

The Alliance is developing a next generation EV platform. What this is, is unclear. In automobile manufacturing a platform can refer to a chassis with a fixed wheelbase on which a number of similar cars with different engines and body models can be made. However, it can also refer to an architecture and module set that allows a wide range of cars with far broader specs to use the same components. It will be used for the successors of the Nissan Leaf, Renault Zoe and Mitsubishi i-Miev.

With the assistance of the Nissan production capabilities the Mitsubishi Outlander PHEV will see its debut on the North American market at last. The Outlander is the best sold plug-in in markets where SUVs are not very popular. If the North-American reaction is anything like the Dutch or British reaction to this vehicle, it can reach Model 3 like sales numbers.
By: Maarten Vinkhuyzen
++
Got a tip for us? Email: tips@insideevs.com