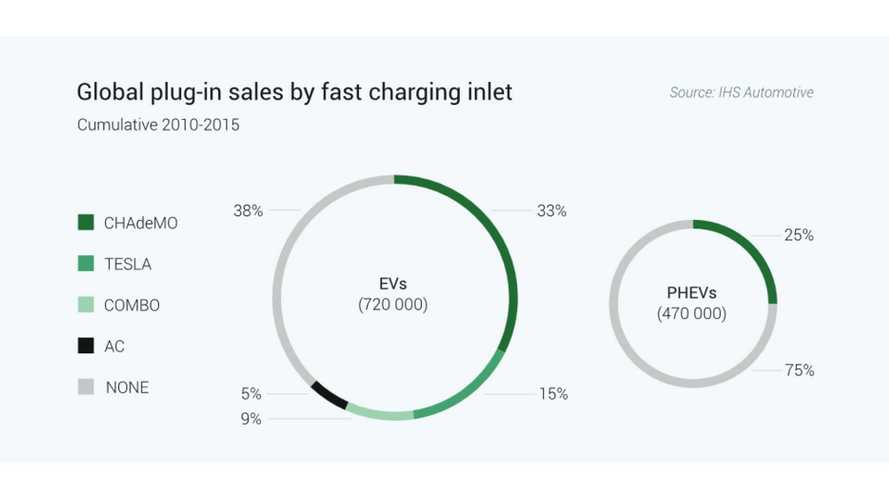 The CHAdeMO Association is now tracking sales of plug-in electric cars, paying specific attention to the fast charging capability of those sales.

But even more popular than fast charging...is no fast charging - 38% BEVs and 75% PHEVs lack the ability to charge via DC.

CHAdeMO also broke out the European numbers (where it faces its largest challenge from Combo) for us to digest.