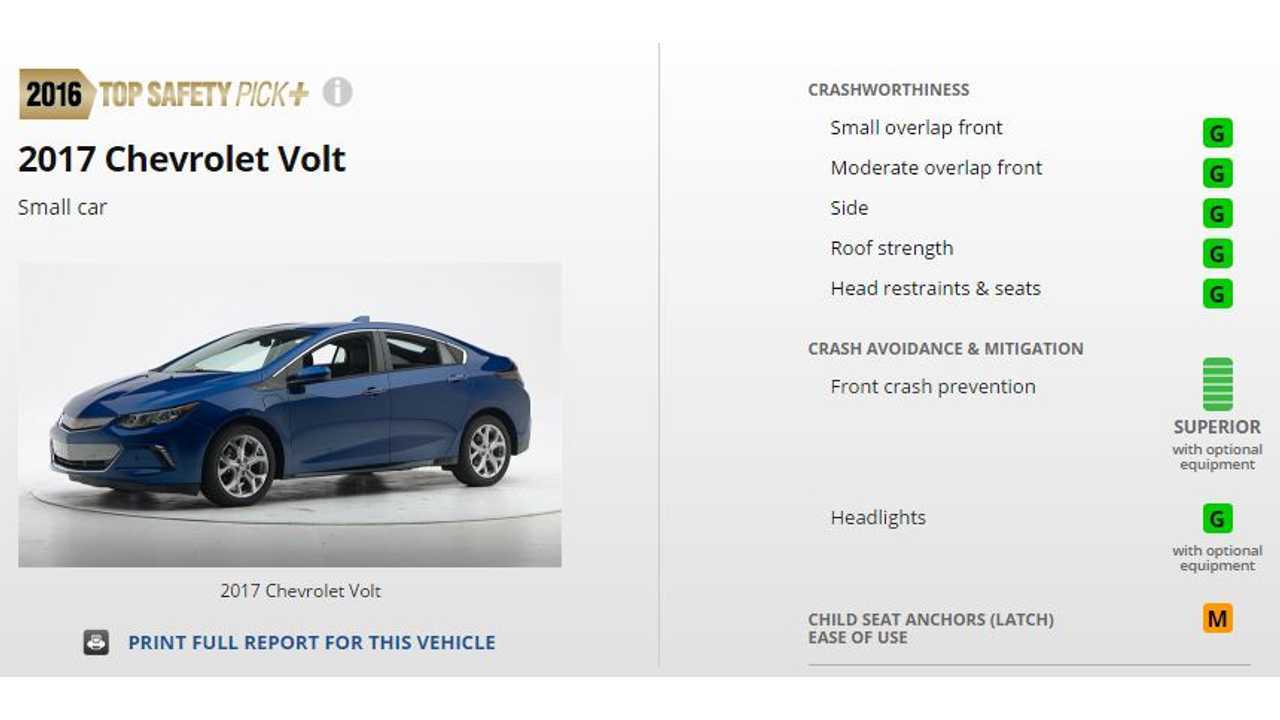 Unfortunately, crash testing is almost always either way behind schedule or non-existent. Such is the case with the new, second-generation Chevrolet Volt. Though offered first as a 2016 Model Year car, the new Volt hadn't undergone the Insurance Institute For Highway Safety's crash test until just recently...and it basically aced the test.

Scoring a Top Safety Pick+ rating, the 2017 Volt is among the safest cars available today and it even garnered a "Good" is the IIHS' hardest test, small overlap front. This test if often the undoing for many cars, so we'll focus on who well the Volt performed in this area.

As the IIHS explains of the Volt's small overlap test:

Injury measures Measures taken from the dummy indicate a low risk of any significant injuries in a crash of this severity.

The dummy’s head contacted the frontal airbag but started to slide off the left side because the seat belt allowed excessive forward excursion of the head and torso. The side curtain airbag deployed and has sufficient forward coverage to protect the head from contact with side structure and outside objects.

And here's video from that test:

And here's the link to the Volt's full rating on the IIHS site.