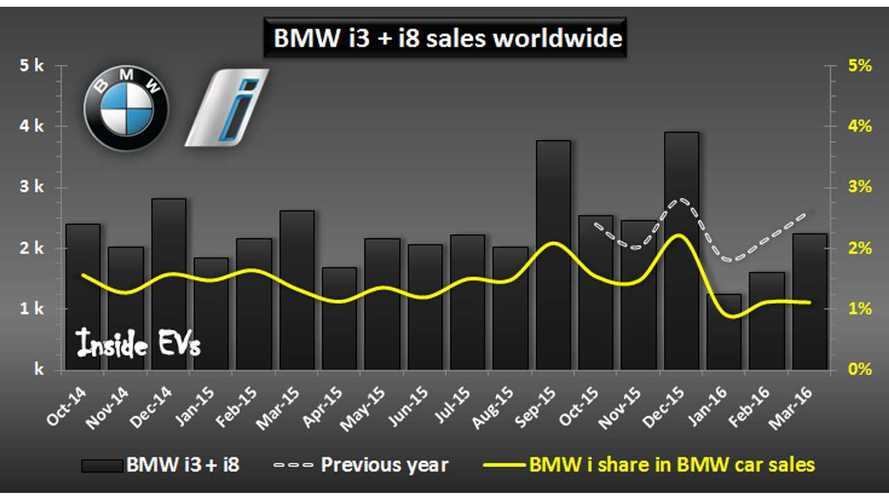 The BMW i sub-brand encountered a slowdown for third consecutive month.

In March 2,255 i3 and i8 plug-ins were delivered, which is down 14% year-over-year. Hopefully April will enable return to the growth.

"A total of 5,128 BMW i electric vehicles have been delivered to customers worldwide in the year-to-date, with 2,255 of those delivered in March. "

BMW sells also other plug-in hybrid vehicles, outside BMW i sub-brand (X5, 225xe, 330e, etc), but those numbers are embeded into overall sales globally, and thus can't be extracted precisely.

We may have to wait for the refreshed 2017 model year i3 (expected with ~125 miles of range) that heads to production this July (and arrives in the Fall) to see any significant rebound in the numbers.