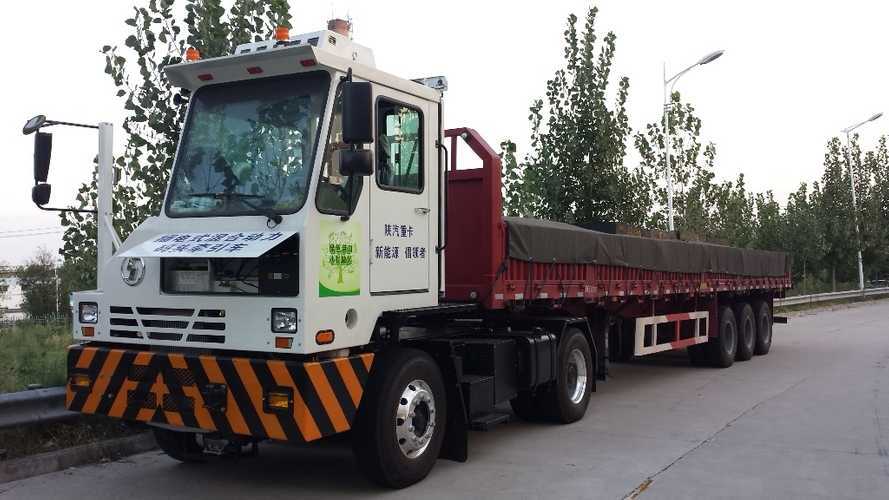 Efficient Drivetrains announced realization of a new project of plug-in hybrid trucks for the Port of Shanghai.

The vehicle was converted to electric in collaboration with Shaanxi Automotive, one of the world’s largest truck manufacturers, according to thepress release.

EDI's PHEV truck can operate in all-electric or hybrid mode (parallel or series hybrid). Range in EV mode, as well as other details, wasn't revealed.

Efficient Drivetrains hopes for volume orders, as the Port of Shanghai intends to buy up to 200 such trucks.

"The government of China is currently aggressively asserting mandates and regulations to improve air quality and reduce emissions, putting increasing pressure on city officials. Shanghai in particular is working toward the country’s emissions reduction goals, emulating best practices of the State of California to drive toward better air quality. A large area of concern is their port, where heavy-duty trucks are used to move shipping containers and transfer large crates during shifts that run the fuel engine as long as 20 to 22 hours a day without stopping. The idling vehicles produce noise, fumes and heavy levels of emissions, all of which are eliminated with the use of EDI’s PHEV trucks specifically designed for port conditions."

“In support of China’s mandates to reduce vehicle emissions and improve air quality, we are proud to deliver a heavy-duty zero emissions truck specifically engineered for use at China’s busiest port. We will continue our commitment to help the country meet its aggressive emissions reductions goals and look forward to future green vehicle projects.” -Joerg Ferchau, CEO, Efficient Drivetrains, Inc.

“EDI is uniquely positioned to develop technology for many applications given our modular drivetrain architecture and control software. In this instance we’re able to electrify port vehicles weighing nearly 45 tons when carrying cargo, therefore reducing the use of conventional fuel vehicles at Shanghai’s port and moving the city towards a cleaner air future.”