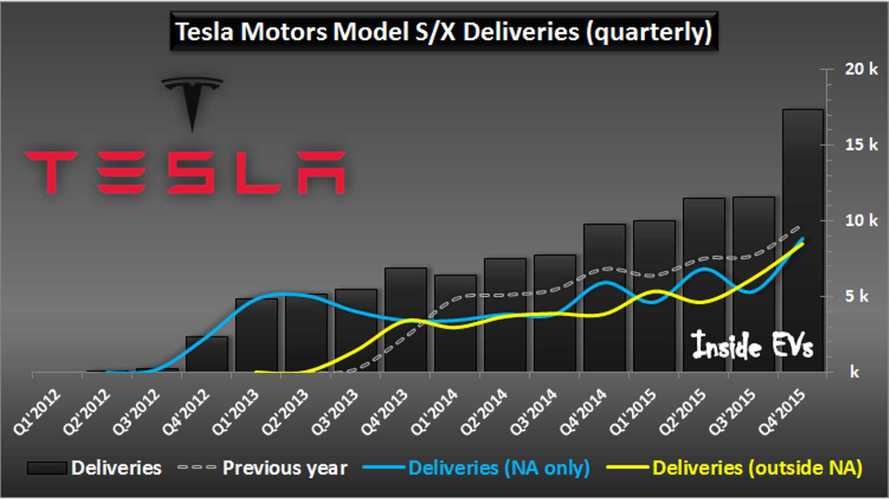 Tesla Motors proved that it's able to deliver 50,000+ electric cars in one year thanks to an outstanding 17,400 estimated deliveries in the last quarter of 2015.

The surge of production and sales around the world was tremendous in Q4' 2015 compared to Tesla's previous results since mid-2012.

And as you can see, growth is diversified, because approximately half of the sales comes from North America.

As the Tesla Model X ramp-up proceeds, total S/X sales in 2016 should increase to some 80,000 units annually.

Betting on 100,000 is probably too risky a forecast, but let's not rule it out completely.

The big question is whether total S/X sales outside North America will catch up with NA (mostly U.S.). China, for example,started off weak, so the only way is up.

Next year at this time we will probably be celebrating 200,000 Model S/X sold and gearing up for the approaching Model 3 (or perhaps delivering news of its delay).

How many 18650 lithium-ion cells does that equal? A mind-boggling amount... and this is only the beginning.