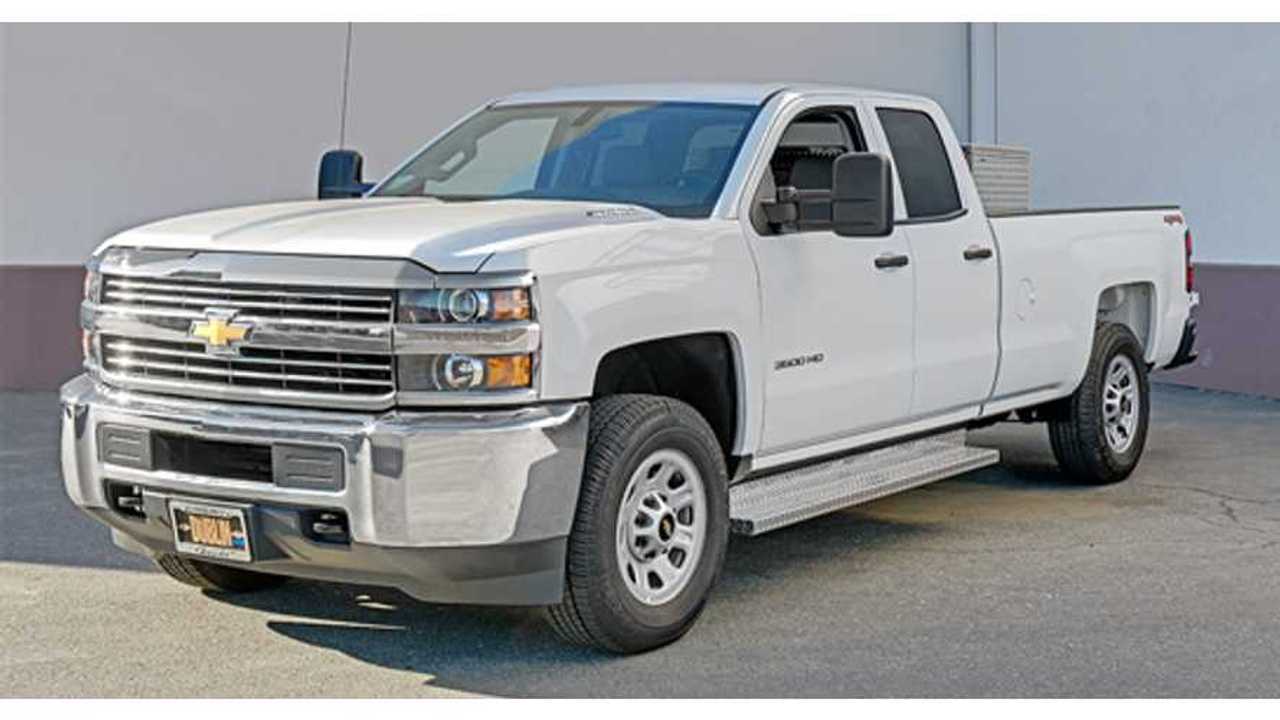 Efficient Drivetrains, Inc. rounds out its utility solutions with a Class 3 PHEV truck

California-based Efficient Drivetrains announced its Class 3 PHEV truck based on the Chevy Silverado 3500.

According to the press release, all-electric range stands at 30-40 miles, and there are series and parallel modes available. Not much detail nor price is detected in the release though.

"The vehicle is an industry-first PHEV, built upon one of the most popular Light Duty Class 3 Detroit OEM commercial fleet trucks. It is the only Class 3 commercial work truck in the world that has 30-40 miles of all-electric range and delivers zero emissions. The vehicle also features a series-parallel extended range of 300 miles, bi-directional charging, 50-120 kW of grid reliable exportable power, and enough battery capacity to operate vehicle accessories and job site work tools without idling the base diesel engine."

Interesting is 50-120 kW bi-directional charging capability, which potentially would make those vehicles power plants on wheels.

"In addition to providing significant emissions and fuel-use reductions with no corresponding loss in vehicle performance, EDI’s entire PHEV lineup can be used to store electrical energy for other purposes without affecting driving range. EDI’s Power DriveTM allows the vehicle to generate useful power for up to 12 hours idle-free for a variety of stationary uses and power restoration during natural disaster recovery, mass transportation industry power outages, and planned and unplanned electrical outages. The vehicles are also capable of charging other pure electric vehicles when needed. Available in multiple configurations, EDI’s line of high-performance PHEV trucks also offer a variety of additional in-demand solutions, including jobsite idle elimination, 24+ hours of jobsite ePTO, the industry’s only parallel-series drivetrain architecture, and proprietary control software and algorithms that efficiently coordinate all vehicle components for optimum fuel economy and emissions reductions."

“The light duty truck class is an important and high-volume vehicle category for fleet owners. The creation of a PHEV version with power export is an integral step towards significantly reducing emissions and fuel consumption for the utility and telecom industries. We’re thrilled to be a key contributor to the greening of America’s fleets.”