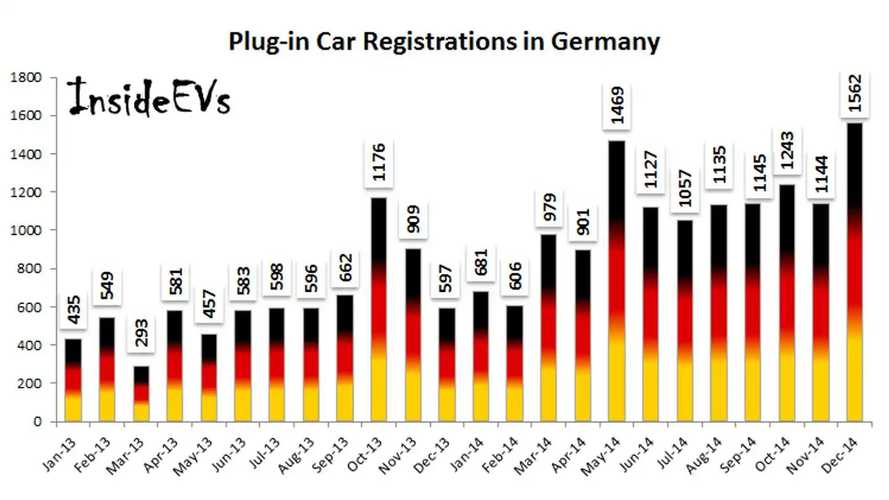 December 2014 was so far the best month for plug-in car sales in Germany as a record high of 1,562 cars were registered—0.5% market share.

This is almost three times higher than in December of the previous year.

According to the official FZ10 statistic, for the year, the BMW i3 was the best selling plug-in car in Germany with 2,233 registrations. More than half of them were without the range-extender.

Electric smart was second with 1,589 (or first out of battery-only cars if you exclude the i3 with ICE on-board).

Renault ZOE surprised us with a strong 1,498 and record high in December of 433 registrations!

Mitsubishi Outlander PHEV exceeded 1,000. We don't know official numbers for Volkswagen e-Golf & e-up! EV Sales Blog is indicating 1,354 e-up!s and 601 e-Golf, but those are only estimates.

Nissan LEAF is far from the top selling models at 812 for the year and its best monthly result was 176, situation to the Model S.

* Some of our numbers are slightly different than EV Blog Sales.